Church Courts Seek to Maintain the Purity of the Church

Before America became a nation, local civil courts were unknown.  So in their absence, church sessions were frequently called upon to settle cases which involved both wrongs done against God as well as against God’s people.  The published session records of Manor Presbyterian Church in  Pennsylvania, which is the second oldest congregation of the Presbyterian Church in America, is one example of this. The church, begun in 1730, had as their first pastor, Samuel Blair, a graduate of the Log College. 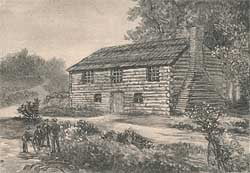 Two years after Blair became their under-shepherd, the Session of Elders became in essence  a moral court , stating its conviction on the dangers of strong drink.

On January 5, 1742, the Session of Ruling Elders gave a general warning of the dangers of “excess in strong drink.”   They stated, “we look upon this as our duty in this public manner, to testify against the corrupt practice and giving and drinking spirituous Liquor on such occasions, inasmuch as the shameful and unmanly, as well as unchristian and ungodly sin of Drunkenness, more or less, is generally the consequence of it; so that it is likely to corrupt and debauch the land, and make bad men much worse, to the great endangering of the everlasting perdition of souls, the profanation of God’s Holy Name, and wounding of his church . . . .”

This Presbyterian session of elders, in seeing such a loss of testimony on the part of those who were engaged in this sin of drunkenness, warned that such as would be found guilty of this sin would have to make a public confession of their sin, and profess their grief and sorrow for it before God, as an evidence of the truth of their humility.  Further evidence must provide a great bond and restraint upon them afterward, before they could be admitted back into the distinguishing privileges of the visible church.  In other words, genuine biblical repentance in attitude and action must be evident in their heart and lives before restoration would take place.

It is interesting that not too many years into the future, after this initial expression of concern of proper behavior among the members, the Great Awakening would come to Manor Presbyterian Church under the ministry of both Samuel Blair and George Whitefield. 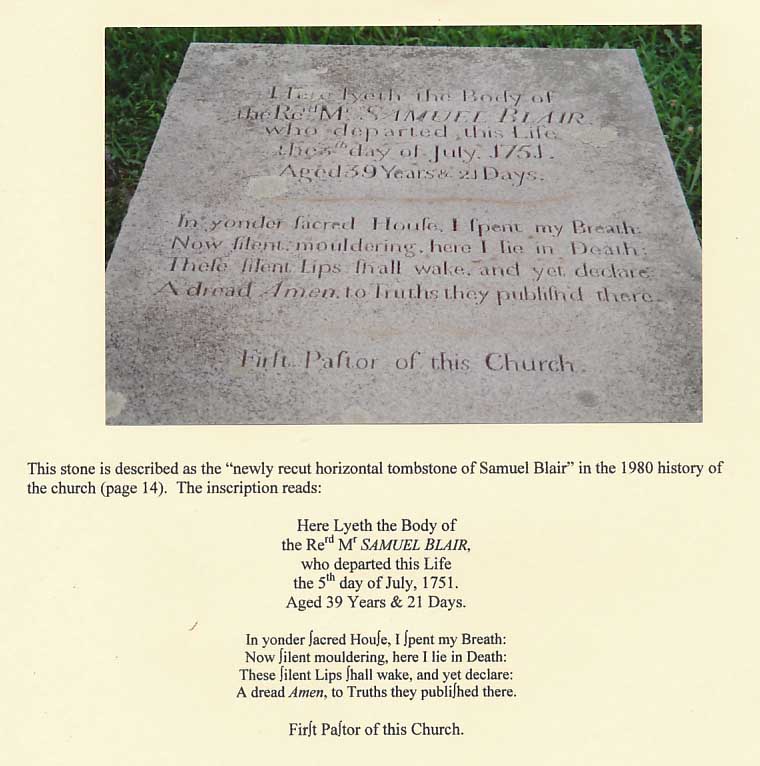 Words to Live By: One of the three marks of a true church is the biblical practice of church discipline, done in love, according to the Scripture, for the punishment of sin,  for the restoration of the offenders, the purity of the church, and the glory of God.   Let us pray for all church sessions to be faithful to this mark.

Through the  Standards:  What is not in the canon of Scripture

WCF 1:3 “The books commonly called Apocrypha, not being of divine inspiration, are no part of the canon of the Scripture, and therefore are of no authority in the Church of God, nor to be any otherwise approved, or made use of, than other human writings.”

Image sources:
1. “The original Log College building” – frontispiece drawing in The Presbytery of the Log College, or The Cradle of the Presbyterian Church in America, by Thomas Murphy (1889). Image scan by Wayne Sparkman.
2. Photograph of Samuel Blair’s gravestone by Dr. Barry Waugh. Used by permission.