May 10 : Death of Thomas Jonathan Jackson 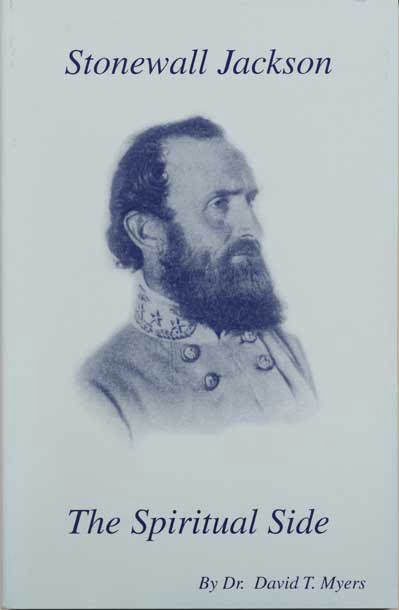 In what was General Robert E. Lee’s greatest campaign victory, that of Chancellorsville, Virginia, in the spring of 1863, was also his greatest loss, for it was in that battle that he lost the services of General Thomas Jonathan Jackson, better known as Stonewall Jackson.

Wounded several times in the early hours of May 2, Jackson was shot by his own men who thought that the small group on horseback were Federal cavalry. His arm was amputated back at the field hospital. Taken by wagon to Guinea Station, he was to eventually contract pneumonia and die.  But before he died, he had this conversation with his Presbyterian chaplain, Rev. Lacy:

“You see me severely wounded, but not depressed, not unhappy.  I believe it has been done according to God’s holy will, and I acquiesce entirely in it.  You may think it strange, but you never saw me more perfectly contented than I am today; for I am sure that my Heavenly Father designs this affliction for my good.  I am perfectly satisfied that, either in this life, or in that which is to come, I shall discover that what is now regarded as a calamity is a blessing. And if it appears a great calamity, as it sure will be a great inconvenience, to be deprived of my arm, it will result in a greater blessing.  I can wait until God, in his own time, shall make known to me the object He has in thus afflicting me.  But why should I not rather rejoice in it as a blessing, and not look on it as a calamity at all?  If it were in my power to replace my arm, I would not dare to do it, unless I know it was the will of my Heavenly Father.”

Stonewall Jackson was a Christian Presbyterian, a deacon in the Presbyterian church back in Lexington, Virginia.  He had learned the Shorter Catechism in his married life, repeating it word for word to his beloved wife, one Sabbath afternoon.  And, he lived an outstanding  Christian life in peace and in war.

It was said that just before his death on Sunday,  May 10, 1863, he uttered the last  sentence on this side of glory, “Let us cross over the river, and rest under the shade of the trees.”   His wife, Mary Anna, said, knowing him intimately, “Was he reaching forward across the river of death, to the golden streets of the Celestial City, and the trees whose leaves are for the healing of the nations?  It was to these that God was bringing him, through his last battle and victory; and under their shade he walks, with the blessed company of the redeemed.”

[Editor : Our readers might want to know of a well-received study guide on the spiritual life of Thomas Jonathan Jackson, written by Dr. David T. Myers and titled Stonewall Jackson: The Spiritual Side. The cover of this 93 page book is shown above. Published by Sprinkle Publications in 2003, copies may be obtained from either Sprinkle or from the Cumberland Valley Book Service.]

Words to Live By:  To live entirely in the sense of the Lord’s will, brings a contentment which is beyond words. You are at peace with your life. You sense that God is in control of your life. You have complete trust in  whatever your Heavenly Father appoints or allows for your life. Think where you are now. God knows all about it, for He is praying for you right now at the Father’s right hand. In that light, pray for a complete and full submission to live in God’s will in your situation.

Through the Standards:  Justifying faith in the catechisms

WLC 72 — “What is justifying faith?
A.  Justifying faith is a saving grace, wrought in the heart of a sinner by the Spirit and word of God, whereby he, being convinced of his sin and misery, and of the disability in himself and all other creatures to recover him out of his lost condition, not only assents to the truth of the promise of the gospel, but received and rested upon Christ and his righteousness, therein held forth, for pardon of sin, and for the accepting and accounting of his person righteous in the sight of God for salvation.”