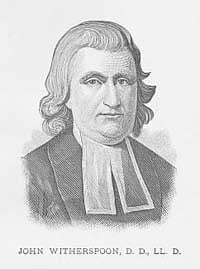 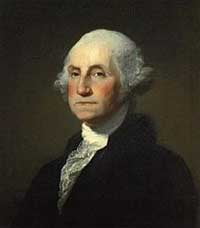 After referring to President’s Washington military career and his unselfish surrender to the popular will of the people, it reads, “But we desire a presage even more flattering from the piety of your character.  Public virtue is the most certain means of public felicity, and religion is the surest basis of virtue.  We therefore esteem it a peculiar happiness to behold in our chief magistrate a steady, uniform, avowed friend of the Christian religion; who has commenced his administration in rational and exalted sentiments of piety, and who in his private conduct adorns the doctrines of the gospel of Christ, and, on the most public and solemn occasions, devoutly acknowledges the government of Divine providence.

In conclusion, the Assembly said, “we pray Almighty God to have you always in His holy keeping.  May He prolong your valuable life, an ornament and a blessing to your country, and at last bestow on you the glorious reward of a faithful servant.”

The teaching and ruling elders of this first general assembly saw in the first president of this country a Christian president.  And so they wrote him on this day at the same time the first Federal Congress was meeting.

Words to Live By:   W.C.F. 23:4  “It is the duty of people to pray for magistrates, to honor their persons, . . . to obey their lawful commands, and to be subject to their authority, for conscience’ sake.”

Through the Standards: Impossible to add a surplus of merit

W.C. F. 16:4
“They who, in their obedience, attain to the greatest height which is possible in this life, are so far from being able to supererogate, and to do more than God requires, as that they fall short of much which in duty they are bound to do.”