June 6 : Pray for Your Pastor!

An Opportunity for Vindication 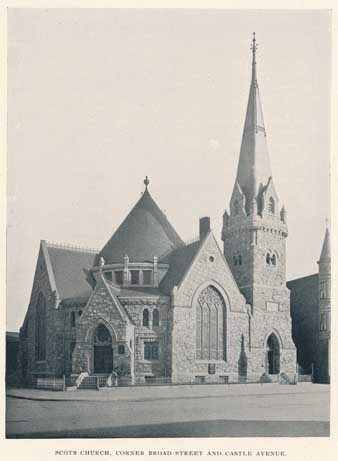 The letter is still preserved at the state history building in Harrisburg, Pennsylvania.  Written to the Rev. William Marshall on June 6, 1786, it states simply that he, the pastor of the Scots Presbyterian Church in Philadelphia, Pennsylvania, had infringed on the rights of several members of the congregation. The letter continued on to state that he had a right to answer their complaints by appearing before these men, and this is the interesting part of the letter, his appearance was “for his own vindication.”

Whether such a meeting ever took place, the records of the church do not say. But we do know that the alleged confrontation between the pastor and several men of the congregation did take place against the backdrop of a schism in that local church. It seems that half of the congregation wished to separate from the mother synod in Scotland and united with the American Presbyterian denomination.  The dissenters who desired the latter must have had the majority as Rev. Marshall and his followers were forced out of the pulpit and pew.  They relocated to another place in Philadelphia and built their church.

The original majority continued on at their place of ministry, seeking fellowship with the Presbyterian Church in the U.S.A. in 1822. It was said that they desired this union as there would be “more catholicity of communion and more liberty of worship.” As they were closely aligned with the covenanting side of the Scottish Presbyterian church, this contributor assumed that they wished to have more fellowship as well as not being bound by exclusive psalmody.  From 1866 to 1884, the church was without a pastor and for all intents, closed. In 1883, the remaining congregation was merged with the young South Broad Street Presbyterian church, under the Scots Presbyterian name. Pictured at right is the building constructed in 1886 for the recently merged congregation. Eventually this church merged with the Old Pine Street Presbyterian Church, which today now has the oldest pre-Revolutionary Presbyterian building still in use in Philadelphia.  It is associated with the Presbyterian Church (U.S.A.)

Words to Live By: Christians in general need to think twice about how they approach the teaching elder, or pastor of their church with a critical spirit. Scripture is clear on this. Hebrews 13:17 reads, “Obey your leaders, and submit to them, for they keep watch over your souls, as those who will give an account. Let them do this with joy and not with grief, for this would be unprofitable for you.” (NASB)  And 1 Thessalonians 5:12, 13 reads, “But we request of you, brethren, that you appreciate those who diligently labor among you, and have charge over you in the Lord and give you instruction, and that you esteem them very highly in love because of their work. Live in peace with one another.” (NASB) Pastors need prayer more than criticisms by the congregation. When there are serious, real problems, invest much time in prayer and then follow Matthew 18:15. 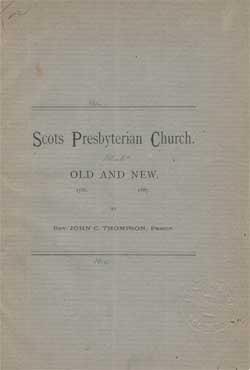 Through the Scriptures: Proverbs 19 – 21

Through the Standards:  The duty and fruits of true assurance

WCF 18:3
“This infallible assurance does not so belong to the essence of faith, but that a true believer may wait long, and conflict with many difficulties, before he be a partaker of it: yet, being enabled by the Spirit to know the things which are freely given him of God, he may, without extraordinary revelation in the right use of ordinary means, attain thereunto.  And therefore it is the duty of every one to give all diligence to make his calling and election sure, that thereby his heart may be enlarged in peace and joy in the Holy Ghost, in love and thankfulness to God, and in strength and cheerfulness in the duties of obedience, the proper fruits of this assurance; so far is it from inclining men to looseness.”