We have mentioned Henry Spaulding and Marcus Whitman before in this historical devotional on February 29 and June 29.  They, and their wives, were Presbyterian missionaries to the  Oregon Territory, seeking to win two Indian tribes to Christ.  To accomplish that, they established the first Presbyterian Church west of the Rocky Mountains on August 18, 1838. 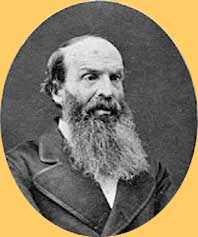 The Rev. Henry Spaulding was chosen as its pastor, with Dr. Marcus Whitman as its elder.  The charter members were Mrs. Eliza Spaulding, Mrs. Narcissus Whitman, Joseph Maki, Mrs. Mared Keana, and Charles Compo.  The only member outside the missionary force was the last one, Charles Compo, who was a convert from Roman Catholicism.  They would add nine new names on September 1, 1838, but again all these new members were missionaries and helpers to the mission station.  So for the first decade, its only members were the white Presbyterians and assorted helpers of the missionaries who had come to bring the gospel to these needy people.  In fact, there was nary one soul who came to the Lord Jesus in the first nine years of existence, despite faithful worship services twice on the Lord’s Day, and Bible studies during the week.  After years of faithful sowing of the Word, there were a few Indian names on the roll of membership.  And in 1870, a revival took place within the area which brought many Indians to a saving knowledge of the Lord Jesus. 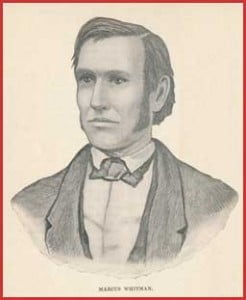 However, in the midst of this time, what has become known as the Whitman Massacre took place in the late fall of 1847.  Dr and Mrs Whitman, along with several others, were attacked and killed by the Cayuse Indians.  The reasons were said to be two-fold, if there is ever justification for murder.  There was resentment against Dr. Whitman that he was leading more and more white settlers across the Oregon Trail into the Northwest, taking them right by the mission station.  In one wagon train, there were over 1000 settlers.  And second, a measles outbreak among their people caught from the many immigrants brought charges against Dr. Whitman that he was responsible for this disease among their Indian children.  It was an Indian tradition that if the local “medicine man” could not cure the disease, then he would be physically removed from life.  That tradition became tragic for the Whitman’s.   The site in the state of Washington is today a national monument.

Words to live by:  It is so easy to substitute another purpose in place of our chief purpose in life to glorify God and enjoy Him forever.   Before we can know it, we can be seeking the things that are of this earth rather than heavenly things.  In hindsight,  that is what happened to Dr. Whitman.  He became more interested in being a guide to the countless settlers on the Oregon Trail than being a guide to the souls of the Indian tribe to which he had been called.  Let us examine ourselves continually, using natural or spiritual birthdays, anniversaries, or New Year resolutions, to make sure that we are on the Lord’s track first and foremost.

Through the Standards:  Proof texts for Christian liberty:

Galatians 5:1
“For freedom Christ has set us free; stand firm therefore, and do not submit to a yoke of slavery.” (ESV)

1 Peter 2:13 – 15
“Be subject for the Lord’s side to every human institution, whether it be to the emperor as supreme, or to governors as sent by him to punish those who do evil and to praise those who do good.  For this is the will of God, that by doing good you should put to silence the ignorance of foolish people.” (ESV);

Hebrews 13:17
“Obey your leaders and submit to them, for they are keeping watch over your souls, as those who will have to give  an account.  Let them do this with joy and not with groaning, for that would be of no advantage to you.” (ESV)

2. Marcus Whitman : The Church at Home and Abroad, March 1896, p. 210. [Portrait of Marcus Whitman : “No likeness from life has been found and none is known to have been in existence except a silhouette, once in the possession of Rev. Samuel Parker, and for which all search has been thus far in vain….The likeness now presented conforms to good recollections of his appearance and his time…His expression was grave, earnest, lighting up pleasantly in conversation; but he was a man of deeds rather than words.”]