The First Presbyterian Congregation in America? 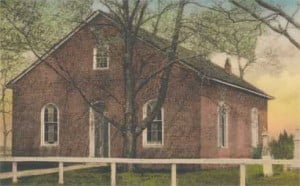 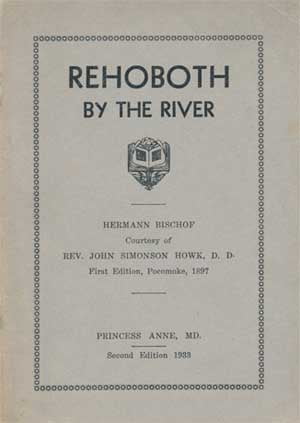 Through the Scriptures:  Matthew 1 – 4

WCF 25:5
“The purest Churches under heaven are subject both to mixture and error; and some have so degenerated as to become no Churches of Christ, but synagogues of Satan.  Nevertheless, there shall be always a Church on earth to worship God according to His will.”

WCF 25:6
“There is no other head of the Church but the Lord Jesus Christ.  Nor can the Pope of Rome, in any sense, be head thereof.”

Image sources :
1. “First Presbyterian Church in America at Rehoboth, near Pokomoke City, Md.” The church building shown in the photograph was built in 1706. Undated postcard published by the The Albertype Co. [1890-1952], Brooklyn, NY.
2.  Cover of Rehoboth by the River, by Hermann Bischof. Second edition, Princess Anne, MD, 1933. Pb, 24 p.
Both items preserved at the PCA Historical Center, as part of the R. Laird Harris Manuscript Collection, Box 444. All scans prepared by the staff of the PCA Historical Center.