This writer was simply transferring his ordination from the Ascension Presbytery to a central Pennsylvania presbytery, having been called to a congregation within the bounds of Susquehanna Valley Presbytery in 1990.  Being examined on the basic distinctives of the Reformed Faith was  expected and welcomed.  What was not expected, especially in the field of theology, was being examined by Dr. Hudson T. Armerding, the former president of Wheaton College.  Just a year before on November 18, 1989, he had been ordained by  this Presbytery of the Presbyterian Church in America.  And while it is not usual for a person to be ordained one year, and then placed on the committee of examinations the following year, this was an exception because of the spiritual gifts and special ministries of this godly man already in the kingdom of God. 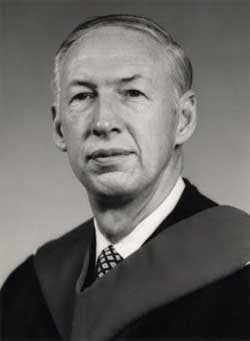 Since this writer’s father was graduated from Wheaton College in the mid twenties of last century, I  have had several conversations with this man of God.  He told me that when he was the president of Wheaton College, there was a rule instituted by him that every new faculty member had to read the Systematic Theology of Dr. J. Oliver Buswell, a former Wheaton College president himself. This Reformed treatment of theology by this Presbyterian author was that important to the future teachers of the College in the mind of Dr. Armerding.

As a resident of the Quarryville Retirement Home, and later officer of it, Dr. Armerding was faithful to attend many quarterly meetings of the central Pennsylvania Presbytery, though as a retired minister, he wasn’t required to attend.  From this author’s standpoint, it was a joy to know him and talk about the work of the Lord.  He is now a member of the heavenly general assembly.

Words to live by:  The heart of godly leadership was the theme of at least two of his books which Dr. Armerding wrote for the watching world.  As a former Navy officer and college president, he observed the importance of that type of leadership in both the nation and the church.  Wherever God has placed you, especially if you have oversight over the hearts and minds of others, study the traits of godly leadership.  Those who are under such godly leadership, especially in our local churches, pray and obey  in the Lord such leadership,    for one day they will have to give an account to the Lord God about your soul.  They desire to do this with joy, and not with grief, for that will be unprofitable for you.

Through the Scriptures: Galatians 4 – 6

Through the Standards:   Proof texts of baptism

Colossians 2:11, 12
“and in Him you were also circumcised with a circumcision made without hands, in the removal of the body of the flesh by the circumcision of Christ; having been buried with Him in baptism, in which also you were raised up with Him through faith in the working of God, who raised Him from the dead.”

Acts 16:14, 15
“A woman named Lydia, from the city of Thyatira, a seller of purple fabrics, a worshiper of God, was listening; and the Lord opened her heart to respond to the things spoken by Paul. And when she and her household had been baptized, she urged us, saying, ‘If you have judge me to be faithful to the Lord, come into my house and stay.’  And she prevailed upon us.”

Acts 16:33
“. . . and immediately he (the jailor who had believed in the Lord Jesus) was baptized, he and all his household.”

Acts 8:38
“And (the eunuch) ordered the chariot to stop, and they both went down into the water, Philip as well as the eunuch, and he baptized him.”