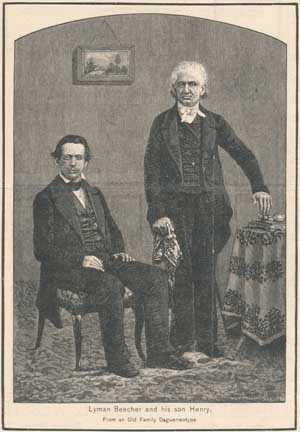 There must be a shelf of books or more that have been written about the Beecher family. The Rev. Dr. Lyman Beecher, patriarch of this eccentric family, was born in 1775, studied theology with Dr. Timothy Dwight at Yale in preparation for the ministry, and served as pastor in East Hampton, Long Island, where he was blessed to see nearly three hundred added to the church. In 1826, he became pastor of the Hanover Church in Boston, MA.