Looking ahead to the 42nd General Assembly of the PCA, which will meet in Houston, Texas in 2014, we revisit today a post from this day last year.

A Historian for a Historical Devotional 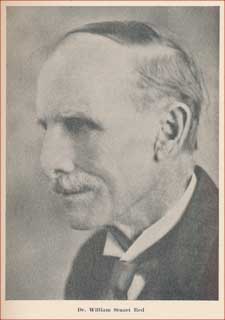 “It was a grief to him that Presbyterians did not feel, or perhaps realize, the importance of preserving their precious documents.”

The Presbyterian minister was convinced that when young men were called into the ministry, and then left the state of Texas for their religious training, most of them never returned to the Lone Star State.  So there was obviously one solution, namely, begin a theological seminary in Texas.  And he did, even giving the land for it, and today Austin Theological Seminary (a seminary of the PCUSA) is in existence today.

This Texas minister was William Stuart Red. Born in 1857, though some say 1860, in Washington County, Texas, he attended for a while a university in Tennessee before transferring to Austin College in Austin, Texas.  He then studied at Princeton Seminary for one year before transferring to Columbia Theological Seminary in 1884-85.  Finally, he returned back to the Lone Star State to Austin School of Theology and graduated from there in 1886.  After some further study in Germany and Scotland, he returned for licensure and ordination as a Presbyterian minister in the Presbyterian Church in the United States in 1887. 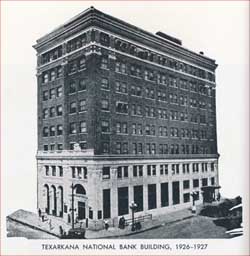 He was the pastor at six Presbyterian churches in Texas.  Beyond his care for the churches, he was also interested in a central depository for Presbyterian and Reformed history.  So, along with the Rev. Samuel Terry, Rev. Red gave funds for the creation of the Historical Foundation of Reformed and Presbyterian Churches at Montreat, North Carolina.

Before he died on July 8, 1933, his project after retirement from the ministry was the History of the Presbyterian Church in Texas.  His family finished up the 500 page book after his death from papers he had written.  Our PCA Historical Center has a copy of it in St. Louis, Missouri.

Words to Live By:
He seemed to be larger than life, but then aren’t all Texans?  Yet it is important to remember that his love for the state of Texas was grounded in Christian Presbyterianism in Texas.  Paul’s haunting question in the New Testament was “How shall they hear without a preacher?”  Rev. Red wanted Presbyterian preachers to train and serve their Lord and God so that his fellow Texans could hear the unsearchable riches of God’s grace.  That is true for all of our states.  Pray for where God has placed you on this day that the everlasting good news of eternal life might impact your state.

For Further Reading:
Dr. Red’s magnum opus, A History of the Presbyterian Church in Texas, is not currently available in digital format, and print copies are somewhat scarce, the book having been published in 1936. Another, earlier work by Dr. Red is available on the Internet: Texas Colonists and Religion, 1821-1836: A Centennial Tribute to the Texas patriots who shed their blook that we might enjoy civil and religious liberty. (1924).

A Further Note on William Stuart Red (from the Introduction to A History of the Presbyterian Church in Texas) :

God in His providence took the Reverend W. S. Red, D.D., from his earthly labors before he had completed this last task, so very dear to his heart—the writing of the history of his Church in Texas.

Mr. Red from early youth had exhibited an abiding interest in the “beginnings” of his Church. This is not surprising when his early environment is considered. He was born of pioneering parents, staunchly Presbyterian with a long Presbyterian heritage, who took a leading part in the work of the Church in Texas. His father came to Texas in 1844, during the days of the Republic. He was an elder in the historic Prospect Church and a charter member of the Board of Trustees of Austin College. His mother was a pioneer in the education of women, being associated with Dr. Miller in founding one of the first Presbyterian schools for young women. His uncle, Dr. Miller, took part in the organization of the Synod of Texas (PCUS), being its first Stated Clerk. His early childhood was spent in the shadow of the “Cradle of Presbyterianism,” old Chriesman’s school house. He spoke of passing this historic place, when, as a boy, he made his regular horseback trips to mill.

Mr. Red devoted practically his whole life to gathering this material. Many weary hours were spent in the basement of the old Main Building at the University, delving into the Austin and Bexar Archives. This was years before a library had been built or an archivist had catalogued these papers.

It was a grief to him that Presbyterians did not feel, or perhaps realize, the importance of preserving their precious documents. Consequently, he was a prime mover in securing for our Church the Historical Foundation, as is shown from [Foundation director] Dr. Tenney’s letter: “The service your husband has rendered all along through these years, from 1903, has been very great; but strange to say, in such a manner as that his name does not get into it . . . He does not concern himself with the outward reward and glory here; his zeal is for the Kingdom, yet just because of this we who appreciate his unselfish and sacrificial service feel that his name should be associated with his service.” [Letter to Mrs. Red from Dr. S. M. Tenney, dated January 25, 1927.]