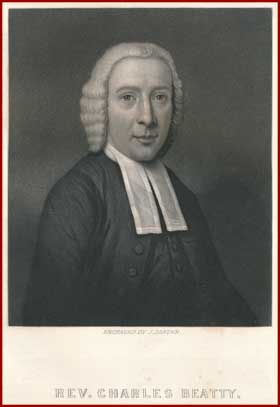 Words to Live By:
Charles Beatty was a man who for the sake of the gospel was content to be used for Christ’s kingdom.  Reader: is God’s Spirit calling you to a similar ministry of service for our Lord and Savior Jesus Christ?  In Matthew 9:37, 38, Jesus says, “The harvest is plentiful, but the laborers are few; therefore pray earnestly to the Lord of the harvest to send out laborers in his harvest.” (ESV)