It has been my experience that there are just a few men who, when spoken of, are remembered with the utmost respect and veneration. Dr. Harold Samuel Laird was one such man. In 1987, Dr. Paul R. Gilchrist, who was at that time serving as the Stated Clerk of the PCA, wrote the following memorial upon the death of the Dr. Laird. Dr. Gilchrist’s final summary comments are particularly in keeping with every estimation that I have heard of Harold Samuel Laird over the years. 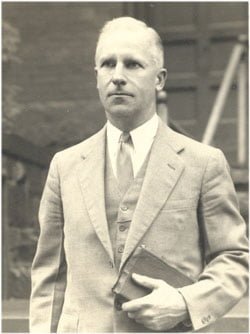 Dr. Harold S. Laird quietly went home to be with the Lord on August 25 at Quarryville Presbyterian Home, PA, at the age of 96. He was one of those valiant Presbyterians who stood for “the faith once delivered to the saints.” With J. Gresham Machen and others, he was tried by his presbytery in the liberal UPUSA (Northern Presbyterians) for dis­obeying the General Assembly mandate to disband the Independent Board for Pres­byterian Foreign Missions which they had established in 1934 for the proclamation of the Gospel. Dr. Laird also had been a founder of Westminster Theological Seminary in 1929. When the General Assembly of 1936 upheld the convictions of Machen, Laird, and five others, they banded together and formed the Presbyterian Church of America (later renamed the Orthodox Presbyterian Church).

Harold S. Laird was born on August 8, 1891, in New Castle, PA. He studied under the giants of the faith at Princeton Theological Seminary: Robert Dick Wilson, B. B. Warfield, C. W. Hodge, and J. G. Machen. He received the honorary Doctor of Divinity degree from Wheaton College in 1938. In 1965 he was elected moderator of the 142nd Genera! Synod of the Reformed Pres­byterian Church in North America, General Synod which merged with the Evangelical Presbyterian Church that year to form the RPC,ES (which joined the PCA in 1982). 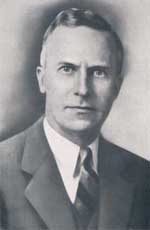 Dr. Laird was best known as an outstanding preacher of the Gospel, a loving and tender pastor, and a contender for the faith. He was always vitally interested in world missions and the theological education of pastors and missionaries. He served seven churches in the Baltimore, Wilmington, Philadelphia area for 40 years.

It can truly be said of him that he walked with God. All who heard him pray came into the presence of God. His life verse — “Seek first the kingdom of God and His right­eousness, and all these things shall be added to you” (Matthew 6:33) — was evident through his godly spirit. Through all his tri­als, he ever remained content in the provi­dence of God. To the very end, his cheerful countenance was a blessing and inspiration to all.

We salute this valiant servant for the faith — as he moves from the church militant to the blessedness of the church victorious.