Try to Say Something Nice, and See What You Get 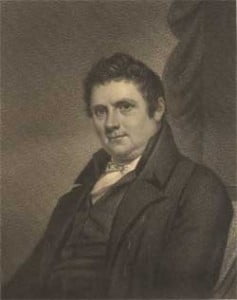 Reading in Samuel Brown Wylie’s Memoir of the Rev. Alexander McLeod last evening, I learned something. I did not previously know that in 1825 the Presbyterian Church in the U.S.A. resolved to confer through committee with the Reformed Presbyterian Church. This was a hand of fellowship extended to open up fraternal correspondence between the two denominations. Today the NAPARC denominations widely practice similar fraternal correspondence, but apparently it was a rare thing in that era. Still, what might we learn from this early effort at ecumenical unity?

This synodical tranaction might, indeed, be considered as a new era in our ecclesiastical concerns in this country. By the maxims of common sense, by our Covenant engagements, and by the obligations of the sacred oracles, we were bound to use all lawful endeavors to promote uniformity in the doctrine, worship, discipline and government of the church of our Redeemer. That church we found divided into various sections, cherishing prejudices, too often indulging animosities subversive of the interests of true godliness; and, although members of the same body—the body of Christ—laboring under alienation of affection from each other yet all holding the same head, and all acknowledging one Lord, one faith, and one baptism. How shall all these be brought to that uniformity requisite for organic communion and demanded by the unity of the truth? Will it not be by the cultivation of social communion and friendly correspondence? Does not a repulsive distance, on the part of brethren, promote alienation of affection, foment jealousies, rivet prejudices, and cherish unfriendly feelings? Shall we stand aloof, and with sanctimonious air, like the proud Pharisee, say, “Stand by, we are holier than you!” No; God forbid! such was not the conduct of our reforming ancestors. With other sentiments, they formed and swore the Covenant in 1648, by the spirit of which we still hold ourselves bound. But this subject will again present itself, when the report of the committee shall come under discussion.