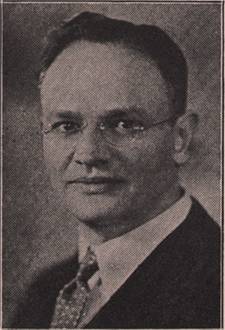 At the age of 82 he could look back upon a life of dedication and service to his Master, Who had endowed him with many gifts, great wisdom and out¬standing leadership. He has been taken.from our midst, but his labors stand as a testimony of praise to God, Who was pleased to use him in many and varied ministries.

As a member of the Philadelphia Presbytery, our Synod, numerous boards and agencies, Dr. Buswell deserves the thanks to God which we all join in giving for this our fellow Christian. We thank God upon every remembrance of him. Our prayers and sincere sympathy are with his dear wife and all the members of his family. Joshua 1:2-3: “Moses my servant is dead; now therefore arise, go over this Jordan, thou, and all this people, unto the land which I do give to them, even to the children of Israel. Every place that the sole of your foot shall tread upon, that have I given unto you, as I said unto Moses.”

[The text above, with a few minor edits, was the text of the Memorial for Dr. Buswell published in the Minutes of the 155th General Synod of the Reformed Presbyterian Church, Evangelical Synod.]