On the Value of History 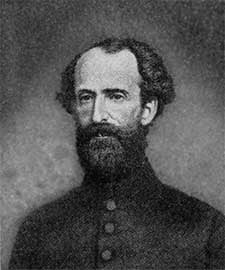 At the time of his decease, the Rev. Alexander Morrison Stewart, D.D. was serving as pastor of the First Presbyterian Church of Chico, Butte county, California. He died in that town on Wednesday morning, February 24, 1875. Dr. Stewart was born in Lawrence county, Pennsylvania on January 22, 1814. He graduated at Franklin College, in New Athens, Ohio at an early age, and immediately commenced the study of theology under the Pittsburgh Reformed Presbytery, and was licensed to preach in December, 1841, after which he traveled extensively in the interests of the Reformed Presbyterian Church, through the Middle, Southern and Western States.

The winter of 1844-45 he spent in attending divinity lectures under the late Dr. Samuel Brown Wylie, and medical lectures at Jefferson College, in Philadelphia.  In 1845 he became pastor of the Reformed Presbyterian Church of Chicago, which charge he resigned in 1855 on account of ill health.  His next charge was the Second Reformed Presbyterian Church of Pittsburgh, which he left at the breaking out of the war, to enter the army as chaplain. He remained in active service in the army of the Potomac until the war was over.  After the close of the war, he accepted the united charge of East Whiteland and Reeseville Churches, in Chester county, Pennsylvania, and, in 1869, with a transfer of his ministerial credentials, went to the Pacific coast as district secretary of the Board of Home Missions for the PCUSA.  In 1870 he became pastor of the Gilroy Presbyterian Church [PCUSA], from which, in June of 1874, he accepted a call to the First Presbyterian Church of Chico, which charge he held up to the time of his death.

Dr. Stewart was an impressive preacher, a patriotic citizen, and an earnest worker in the cause of Christ.

Elsewhere, Joel Beeke has stressed the value of reading sermons. The text presented below is from the opening of Rev. Stewart’s sermon titled simplyHistorical Sermon. This sermon was delivered in 1850 while he was the pastor of the Reformed Presbyterian church in Chicago, and his purpose in the sermon is to present a brief overview of the Reformed Presbyterian denomination. Perhaps we can present more of this sermon at another time; but for now, this is just the opening paragraph:

“History connects the present with the past, and enables us to profit by every advance man has made in his civil and ecclesiastical relations. No good accomplished has ever been finally lost. No right principle once developed has entirely disappeared. The province of history is to collect and arrange these; that, with the acquisitions of the past, joined to the energies of the present, civil society and especially the church of God may move confidently on to their high destiny. Nor is it without advantage to mark the errors and failures to which men have been subject, if by so doing we shall be better able to avoid the reefs on which they broke. Were history made more frequently the subject of pulpit exhibition, how different would be the interest and edification of the hearers to that produced by many of the shabby as well as tinselled modern productions.The most eloquent and instructive discourses on record consist of a simple narration of events. When Judah would interest the ruler of Egypt in behalf of the lad, his younger brother, his unvarnished rehearsal of facts has moved many an eye to tears. Paul’s masterly defence before Agrippa was a recital of God’s promises and dealings with His chosen Israel; and Stephen’s dying eloquence–an historical discourse–silenced every argument of his opponents save that of violence.”

Words to Live By:
It is a commonplace to acknowledge that Americans are a people with little regard or appreciation for history. I don’t think that was the case in the early years of this nation, and I wonder if the declining regard for history runs parallel with the declining influence of the Church in general. Rev. Stewart’s conclusion, shown above in bold, accords perfectly with the lesson of John Flavel’s book The Mystery of Providence, where he demonstrates how frequently the Scriptures call us to remember God’s works, both His work of redemption and His works of providence. Christians should be a history-minded people, and how different the Church would be, if only we made a practice of daily remembering what God has done for us in His Son.

A photo of the Rev. Stewart’s grave can be viewed here.