26 March, 2015 in Uncategorized by archivist | No comments 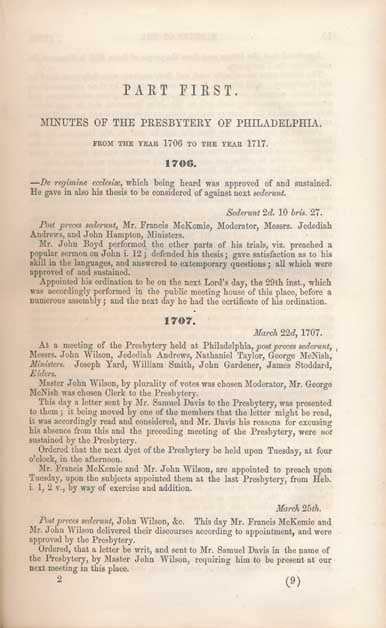 At the second meeting of the first presbytery in the American colonies, meeting on March 11 –March 26, 1707, in Philadelphia, Pennsylvania, the teaching and ruling elders proposed and voted in the affirmative on a series of overtures designed to propagate Christianity.  They were presented by Jedediah Andrews, one of the original seven presbyters, and John Boyd, the first ordained minister in the Presbytery of Philadelphia.