June 10: #9 of Ten Reasons for Being a Presbyterian 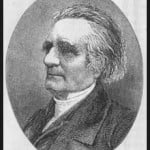 TEN REASONS FOR BEING A PRESBYTERIAN. 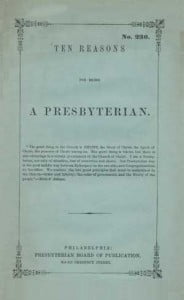 Although outward forms in themselves are of minor consequence, yet they are important as means for the building up of the spiritual Church. And if Church history is of any use, we should search it to see which form of Christianity best fulfills the purposes of a Church of Christ. Let Presbyterianism be so tried : contrast the state of the English Church as to vital religion in the Puritan times, and after the restoration of Charles II., and the ejection of the two thousand Nonconformists, nearly all of whom were Presbyterians; contrast the present state of Presbyterian Ulster  with any other province of Ireland; contrast the state of Scotland with any other country of Europe; and every friend of Bible instruction, of Sabbath observance, of true religion, ought to rejoice in the prospect of Presbyterianism being extended in every part of the world.