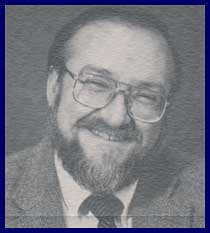 “He Did Not Die Too Soon; No Christian Ever Does.”

I remember what a shock it was, back in 1993, to hear of Ray’s death. A beloved friend and professor was seemingly snatched away in the prime of life. It is almost as jarring to realize that twenty-two years have now passed. The following obituary was written by J. Alan Groves and appeared as an insert page in the Westminster Seminary Bulletin, volume 32, no 3 (Fall 1993).

Raymond Bryan Dillard, Professor of Old Testament Language and Literature at Westminster Theological Seminary, died October 1 while working in the woods near his home. Bom in Louisville, Ken­tucky he was 49 years old.

Professor Dillard graduated from Westminster Seminary in 1969 and completed his Ph.D. at Dropsie College of Hebrew and Cognate Learning in 1975. He did other post-graduate work at Temple Univer­sity, the University of Pennsylvania and Tel Aviv University. His teach­ing career spanned 24 years, all of it at Westminster. He held adjunct positions at Gordon Conwell Theological Seminary and Reformed Theological Seminary and served as guest lecturer in numerous other institutions.

An exacting and careful scholar, a revered teacher, Professor Dillard was a master of classroom drama. Sought after for his lecturing gifts, he spoke throughout the United States, Europe, Israel and the Far East. Over the past five years he led lay seminars in the U.S. and Britain on the significance of the Old Testament.

The author of numerous articles and monographs, Dillard’s earliest scholarly work was as a transla­tor of the New International Version of the Bible, the most widely selling Bible in the English language today. He was the author of a commentary on 2 Chronicles in the Word Biblical Commentary as well one on the book of Joel in the Exegetical and Expository Commentary (Baker). At the time of his death he was working on the book of Esther for the Biblia Hebraica Diplomatica, a new critical edition of the Hebrew Bible being produced (under the auspices of the United Bible Societies) by an international team of biblical scholars. He was also the co-author, with Professor Tremper Longman of Westminster Seminary, of the forthcoming Introduction to the Old Testament (Zondervan).

Chairman of the faculty for much of the past 12 years, Dillard had the respect and esteem of his colleagues older as well as younger. He was an ordained minister of the gospel in the Presbyterian Church in America and preached regularly in their churches. His professional memberships included the Society of Biblical Literature, the Institute for Biblical Research, and the Evangelical Theological Society.

Besides his academic interests, he loved the outdoors and hunting. Dillard was a master cabinet­maker and handyman. One was as likely to find him with a hammer in his hand as with some tome. A pilot, sometimes judo instructor and radio broadcaster, Professor Dillard still found time for raising three boys and for listening to students.

Professor Dillard was the son of Raymond Eugene and Ruth Wallace Dillard of Fayetteville, North Carolina who survive him. Also surviving him are his wife Ann Albrecht Dillard, with whom he celebrated their 27th anniversary this past June, and his three sons, Joel B., Jonathan B. and Joshua A., all of whom are at home. Dr. Dillard is survived by a brother Bruce of Raleigh, North Carolina, three nieces, one nephew, and his aunt Madeline Wallace of Louisville, Kentucky.

Words to Live By:
We will all come to that moment when this life must end. Are you prepared for what will follow? Are you prepared to enter into the presence of the Lord of all creation? Have you learned to welcome each day as if it might be your last? So pray and so live as to stay ever close to your Lord and Savior.

For Further Reading:
The Death of a Christian, a sermon by Charles H. Spurgeon.