Under this date, November 17, 1859 and in preface to the Memorial volume for the Rev. Dr. Jacob Jones Janeway [pictured at right], prepared by Janeway’s son Thomas, there is this brief recollection of the deceased pastor, written by the Rev. W.M. Engles, who was for so long associated with the publishing efforts of the Presbyterian Church in the U.S.A. There is much here that can be gleaned on the conduct of the Christian life, particularly for those in leadership:— 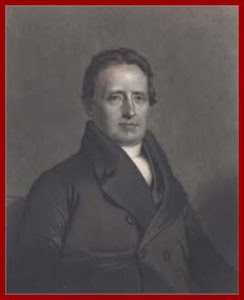 I am gratified to learn that you have in preparation a memorial of your late excellent father. One who accomplished a pilgrimage of four-score years with a purity of purpose and conduct which defied censoriousness, and who, through a long ministerial career, exhibited so much steadfastness and singleness of mind, is worthy of being held in everlasting remembrance.

My first introduction to your father was at an interesting period of my life, when I received a license to preach the gospel as a probationer, from the Presbytery of Philadelphia, and from that time to the close of his life, I was honoured by his friendship.  Although much his inferior in age, acquirements, and position, I was irresistibly attached to him by those condescending and genial attentions, which many in his situation would have withheld, but which were nevertheless peculiarly grateful to a young man who needed wise counsel, in just entering upon the duties and dangers of public life. The pleasant intercourse thus initiated was never interrupted. In visiting him as a friend I uniformly found him kind, frank and cordial, and in soliciting his advice I had always reason to admire his great practical wisdom.

It always appeared to me that your father never betrayed the variableness of a merely impulsive man; he acted from fixed principle, and habitually did what he had, in this way, settled to be right; so that under any supposable circumstances it might readily be foreseen how he would act.  This naturally inspired confidence in him as a perfectly conscientious and reliable man.  I have seen him in various positions, many of which were calculated to try his temper and test the stability of his principles, and I cannot now recall a single instance in which his course of procedure was not precisely in accordance with the high Christian character which he had so consistently maintained.  While he was earnest and tenacious in enforcing his own opinions, he could bear to be opposed and even defeated, without undue irritation, a grace, which it has often appeared to me, ministers were particularly slow in acquiring.

In his habits, your father was an example to younger ministers for his system and punctuality. He was systematic in his studies, his pastoral visitations, and even in his exercise for health; and in regard to punctuality he was seldom absent from appointments, perhaps I should say, never without sufficient cause.  This is my conviction from long intimacy with him as a co-presbyter.

As a theologian he was exact in his knowledge, and according to my notions, unmistakably sound in his views of divine truth.  The system which he honestly professed, he tenaciously held and boldly defended at a period of the church’s history, when novelties in doctrine were fashionable and “the good old way” was held up to ridicule as an effete and antiquated theology.  What he wrote and published on theological subjects was clear, and cogent, and well worthy of preservation. In the pulpit, while he displayed little of the rhetorician or poet, he was always in earnest, and had “ well beaten oil” to afford light to those who waited in the sanctuary.

To all these and other traits of personal and ministerial character you have, no doubt, much better and more definite testimony than I can offer.  Towards the close of your father’s life, when his robust frame began to give way to disease, and his well-ordered mind gave some tokens of a failure of its powers, I had several interviews with him, during which he expressed a confident hope in the “ sure covenant,” and manifested the same earnest zeal for the truth which he had ever done.

A character so uniform as was his, and a life so steady, regular and chastened, may furnish few remarkable incidents to impart zest to a biography; but in their whole tenor there was so much beauty and loveliness, that none could have known Dr. Janeway without being persuaded that he was an eminently good and holy man, and in the higher traits of character a model.  A life so well spent, in which so little was squandered, is just such an one as death could only interfere with, in order to perpetuate it in more genial climes,