This day, January 15, in 1966 marks the death of the Rev. Flournoy Shepperson. 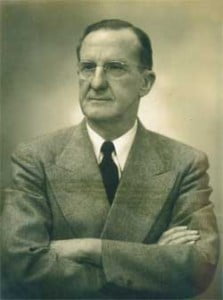