Our thanks to guest author Dr. Nick Willborn, pastor of the Covenant Presbyterian Church of Oak Ridge, Tennessee, for permission to post a portion of an article which he wrote regarding the ministry of the Rev. John L. Girardeau. 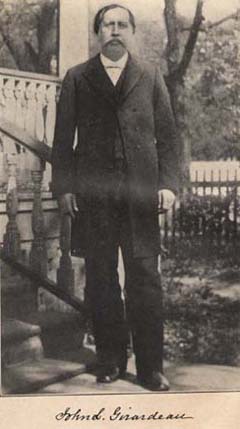 From the time Girardeau returned to Charleston until he was able to reoccupy the Zion pulpit, fifteen months had elapsed.[1] Finally, “on Sabbath, December 23rd, 1866, the Rev. John L. Girardeau re-commenced services in the building.” Girardeau’s text for the occasion was “For we preach not ourselves, but Christ Jesus the Lord; and ourselves your servant for Jesus’ sake,” (2 Corinthians 4:5). While no manuscript exists of this sermon there are a few points that appear obvious. First, he preached Christ. There can be little doubt that Girardeau reminded his listeners that he had always been faithful in preaching Jesus to them. He was no moralizer or politician in the pulpit. Indeed, he may have reminded his black brothers that his catechism[2] was replete with the gospel, without mention of master-slave relations. Second, in preaching Christ, Girardeau was also sending a message to the Northern detractors that their harassment over the past fifteen months or so was unjust. That Jonathan Gibbs[3] (the Northern missionary) would choose the property of Zion Presbyterian Church to occupy was a clear indication that he, and by association, the Committee that sent him, did not believe the South had been adequately preaching the gospel to the African-Americans. Girardeau’s first sermon in the Zion pulpit issued a resounding “Not true!” to such an implication. Third, it would not be far-fetched to assume that Girardeau reminded his hearers that, while they were no longer slaves, he would continue to be their slave for Christ’s sake. He was not free to do otherwise.

Girardeau wasted no time rebuilding the walls of Zion. First, a meeting was held to determine the total black membership that wished to continue as Freedmen in the Zion Presbyterian Church. Much to Girardeau’s disappointment, only one hundred sixteen indicated their desire to remain in Zion. This reflected the influence of Reconstruction and the less than enthusiastic attitudes of many Southerners toward their black brothers.

Nevertheless, Girardeau proceeded with the one hundred sixteen faithful, and on March 25, 1867, the session nominated seven men to serve as “Superintendents” over the new congregation. The election of Superintendents, rather than elders as Girardeau desired, was in accordance with the resolution of the 1866 General Assembly. The men were all members of Zion before the war and some had served as Watchmen or Leaders of the Classes. “In 1867,” wrote Girardeau, “a fresh start in the teeth of many difficulties was made with 116 members of the 500.”[4] 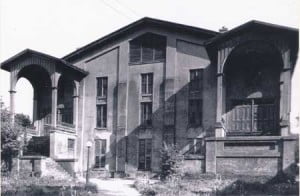 Later in the year, with Joseph B. Mack at his side, Girardeau began rebuilding the infrastructure of old Zion. The 1867 records indicate a total membership—Zion Church, Calhoun Street and Glebe Street—of four hundred forty.[5] This included the one hundred sixteen freedmen. By March of 1868, the church had added sixty members. Fifty-one of the new additions came through profession of faith in Christ. There were nineteen infants baptized and seventeen adults. By March 1869 total communicants numbered five hundred sixty-one in Zion. Sabbath schools were once again instituted with two hundred enrolled. This number swelled to 750 scholars by1875. While other conditions were still chaotic throughout the city, the South, and the Southern Presbyterian Church, there were some hopeful signs as evidenced by Zion.[6]

In 1869, the General Assembly, following Girardeau’s lead, made it possible for freedmen to be ordained as elders. Just as Girardeau had quickly moved to install superintendents in the newly restored work in 1867, he wasted little time in organizing the black membership into a “branch congregation” of Zion, complete with ordained elders. On Tuesday, July 27, 1869, the Session of Zion Presbyterian Church dismissed three hundred forty-five members to form the Zion Presbyterian Church (Colored), Calhoun Street. From this we learn that in two years the black membership of Zion under the beloved white pastor had grown from one hundred sixteen to three hundred forty-five.[7] Thus, in 1869 the black membership constituted more than one-half the total membership of Girardeau’s flock. This example offers some evidence that the integration of whites and the newly freed blacks into one church could have worked if it had been zealously pursued along the lines Girardeau recommended.[8]

[1] When Girardeau returned to Charleston he found his home on Bull Street and Zion Church occupied by Federal troops. It took over 12 months for Girardeau, Adger and others to convince the Federal Government that the claims of the Presbyterian Church USA (Northern Church) was in error when it claimed ownership of the Zion property.

[2] John L. Girardeau, A Catechism For The Oral Instruction of Coloured Persons (Charleston: Evans and Cogswell, 1860). Girardeau’s catechism was one of several prepared and published by Southern ministers for their black and white parishioners.

[3] Gibbs briefly attended Princeton Seminary before being ordained by the Presbytery of New York. After a short ministry in New York he served as pastor of First African Presbyterian Church in his native Philadelphia before traveling to the South to labor amongst the freedmen. He later entered politics in Florida.

[7] Minutes of Session of Zion Presbyterian Church, July 27, 1869, PHS. The three hundred forty-five members dismissed to form the separate church, are listed by name in the said minutes. A good one third of the total were male with another large portion of the membership being youth and children.

[8] The organization of Zion Presbyterian Church (Colored) reveals that Girardeau was forced to work in a socially and politically forged “make-shift” manner. Even though the two bodies were “separated” they were still governed as one church and considered by members as parts of a single whole.