What follows is a letter from Dr. J. Gresham Machen, in which he declines an invitation to serve as president of the William Jennings Bryan University. That school was officially chartered in 1930 “for the purpose of establishing, conducting and perpetuating a university for the higher education of men and women under auspices distinctly Christian and spiritual, as a testimony to the supreme glory of the Lord Jesus Christ, and to the Divine inspiration and infallibility of the Bible.” In 1958 the school was designated a college and in 1993 its name was shortened to Bryan College. The text of this letter appeared on the pages of THE PRESBYTERIAN, vol. 97, no. 27, on this day, July 7, 1927 and Samuel G. Craig, editor of THE PRESBYTERIAN, here provides a brief introduction to Dr. Machen’s letter of reply:— 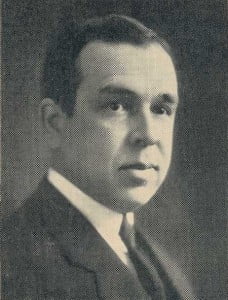 In reply to the request to accept the presidency of the proposed Bryan Memorial University, Professor J. Gresham Machen wrote the following letter—a letter we count it a privilege to print in full because of what it tells us about Dr. Machen himself as well as what it tells us about his convictions relative to the conditions at Princeton Seminary, in the church-at-large, and in the field of education. Did the fact not stare us in the face, we would think it a thing incredible that two General Assemblies should have withheld their approval of such a man with such convictions and outlook as the professor of Apologetics in one of our theological seminaries—a man so well fitted to present that “fresh and powerful apologetic which will make its appeal to the perplexed mind of the modern world,” and which is so much needed to-day, according to the report relative to the church’s progress by the Special Commission of Fifteen:

On my return from a lecture trip in Great Britain, Mr. Lockhart has conveyed to me the question of the Bryan University Memorial Association as to whether I could consider accepting the presidency of the University.

In reply, I desire above all to say how very great is my appreciation of the honor which has thus been conferred upon me. Particularly at the present moment, when I have just been subjected by the General Assembly of the church to which I belong to a most extraordinary indignity, it is profoundly encouraging to me to know that there are those who do not acquiesce in such a low estimate of my services and of my character. In these days of widespread defection from the Christian faith, I rejoice with all my heart in the warmth of Christian fellowship that unites me with those who, like you, love the gospel of the Lord Jesus Christ, and are willing to bear the reproach to which a frank acceptance of the gospel subjects them in the presence of a hostile world.

At the same time, though to my very great regret, I am obliged to say that I should be unable to accept the important position to which your suggestion refers.

In the first place, I do not feel that just at the present moment I can honorably leave my present position. Princeton Theological Seminary is an institution which for a hundred years, and never more successfully than now, has been defending and propagating the gospel of Christ. It is now passing through a great crisis. If the re-organization favored by the General Assembly which has just met at San Francisco is finally adopted next year—if the proposed abrogation of the whole constitution of the Seminary and the proposed dissolution of the present Board of Directors is finally carried out; if, in other words, the control of the Seminary passes into entirely different hands—then Princeton Theological Seminary, as it has been so long and so honorably known, will be dead, and we shall have at Princeton a new institution of a radically different type. But meanwhile—during this coming year—the Seminary is still genuinely and consistently evangelical. And it is by no means certain that the work of destruction will really be authorized next May. The report of the Committee that dealt with the subject this year was adopted only because of the gross misrepresentations of fact that the report contained, and it is quite possible that the true facts may still become generally known and that the sense of fair play which, we hope, is still possessed by the rank and file of our Presbyterian Church may make itself felt, so that the right of thorough-going conservatives in the Presbyterian Church to have at least one seminary that clearly and unequivocally represents their view may still be recognized and Princeton may still be saved. Meanwhile—until this issue is decided—I do not think it would be right for me to desert my colleagues here or to desert the institution that I so dearly love.

In the second place, I doubt very seriously my fitness for an administrative position like that which you have done me the honor of connecting with my name. My previous efforts, to say nothing of their imperfections even in their own sphere, have been of an entirely different kind. The very importance of the position which you are seeking to fill makes me question very seriously, to say the least, whether I am at all fitted to be its occupant.

In the third place, I am somewhat loath, for the present at least, to relinquish my connection with distinctively Presbyterian work. I have the warmest sympathy, indeed, with interdenominational efforts of various kinds; I have frequently entered into such efforts on my own part; and I understand fully that the real attack is not directed against those points wherein Calvinism differs from other systems of evangelical belief, and is not directed even against those points wherein Protestantism differs from the Roman Catholic Church, but that it is directed against the points wherein the Christian religion—Protestant and Catholic—differs from a radically different type of belief and of life. That radically different type of belief and of life is found to-day in all the larger ecclesiastical bodies; and in the presence of such a common enemy, those who unfeignedly believe in the gospel of Jesus Christ are drawn into a new warmth of fellowship and a new zeal for common service. Nevertheless, thoroughly consistent Christianity, to my mind, is found only in the Reformed or Calvinistic faith; and consistent Christianity, I think, is the Christianity easiest to defend. Hence I never call myself a “Fundamentalist.” There is, indeed, no inherent objection to the term; and if the disjunction is between “Fundamentalism” and “Modernism,” then I am willing to call myself a Fundamentalist of the most pronounced type. But after all, what I prefer to call myself is not a “Fundamentalist,” but a “Calvinist”—that is, an adherent of the Reformed faith. As such, I regard myself as standing in the great central current of the church’s life—the current which flows down from the Word of God through Augustine and Calvin, and which has found noteworthy expression in America in the great tradition represented by Charles Hodge and Benjamin Breckenridge Warfield and the other representatives of the “Princeton School.” I have the warmest sympathy with other evangelical churches, and a keen sense of agreement with them about those Christian convictions which are to-day being most insistently assailed; but, for the present at least, I think I can best serve my fellow-Christians—even those who belong to ecclesiastical bodies different from my own—by continuing to be identified, very specifically, with the Presbyterian Church.

Finally, however, let me say how warm is my sympathy with you in the noteworthy educational effort in which you are engaged. Very amazing to me is the complacency with which many persons contemplate the educational conditions that prevail at the present time. As a matter of fact, we have fallen, I think, into a most deplorable and most alarming intellectual decline. I do not, indeed, under-estimate the achievements of modern science in the material realm; and the Christian man should never commit the serious error of belittling those achievements. This is God’s world, and those who penetrate into its secrets are students of God’s works and benefactors of their fellow-men. But such material advances have gone hand in hand with an intellectual decadence in many spheres—an intellectual decadence which is now threatening to engulf all of human life. I do not see how anyone can contemplate present-day educational conditions without seeing that something is radically wrong. And about one thing that is wrong—indeed by far the most important thing—there can be no doubt. It is found in the widespread ignorance of the Christian religion as that religion is founded upon the Word of God. If, indeed, the Christian religion were not true, I should not desire to see it continued on the earth, no matter what benefits its continuance might bring.

But then, as a matter of fact, I hold that it is true; and I do not believe that there can be any truly comprehensive science that does not take account of the solid facts upon which the Christian religion is based. Hence I sympathize fully with your desire to promote an education that shall be genuinely Christian. And I pray that those who, like you, wherever they may be, cherish such a desire, may not be discouraged by the opposition of the world. You represent a cause which cannot ultimately fail. And even now, despite all the forces of unbelief, despite hostile actions even of the organized church, the gospel of Jesus Christ still shines out from the Word of God and is still enshrined in Christian hearts.