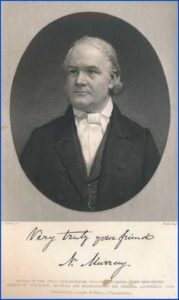 A great man of God, now little known to most—”He exercised the broadest charity toward all who loved the Lord Jesus Christ in sincerity and truth.”

It was at the close of the winter session of the Theological Seminary at Princeton, in 1827, that I first saw Dr. Jacob J. Janeway. He was then a little past mid-life, but rotund in form, placid in aspect, in vigorous health, with black hair, a firm step, and dignified bearing. There seemed to be a little too much dignity mingled with his other qualities; so much so as to give him the air of cold reserve. As I entered a coach for Trenton, the day after the term closed, there to take the Steamer for Philadelphia, I found Dr. Janeway reclining on its back seat, obviously in pain. I was introduced to him by Dr. Miller, and requested to take care of him. This I did to the best of my ability. I led him to a sofa on the Steamer, and covered him as I could. On reaching the city I secured a carriage and conveyed him to his house, in Arch Street. He was carried from the coach to his bed, a very sick man. For some days fears were entertained for his life; but his disease yielded to remedies, and he was spared to be a blessing to the church for many years afterwards.

Such was my first acquaintance with Dr. Janeway and his family. During my subsequent residence for a year in Philadelphia, I mostly attended his ministry, was a frequent inmate of his family, and enjoyed many opportunities of meeting with him in public and private; and my love for the man grew in the proportion of my acquaintance with his character, and the principles that governed him. When he went to the Seminary at Allegheny, as Professor of Theology, I seriously canvassed the question of going there with him. And when I was ordained to the work of the ministry in Wilkesbarre, Pennsylvania, he went there to preach my ordination sermon, and to lead in the service by which I was set apart, by the laying on of the hands of the Presbytery. And onward to the close of his life, it was my privilege to be on terms of the most fraternal intercourse with him. 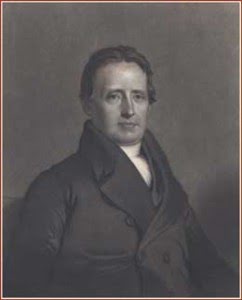 Those who knew Dr. Janeway only as a public man, did not know him at all. He was a man of few words to strangers. His principles were fixed. He was an out and out Presbyterian. He knew nothing about expediency; and where principle was concerned, he was as unbending as a pillar of iron. You might flatter him, or abuse him, or outvote him, but he could coolly stand any thing for the sake of his principles. This made him unpopular with many; and even with some as orthodox as himself, but with more policy; and they judged him accordingly. But in private he was communicative, and genial, and warmhearted, to a remarkable degree.

And whilst firmly attached to his own opinions, and to his own church, he exercised the broadest charity toward all who loved the Lord Jesus Christ in sincerity and truth. No person could fully know Dr. Janeway, without esteeming his principles, and loving him as a man.

We knew him after he had passed the acme of his years. We had often heard of his great popularity as a preacher in his youth; but our recollections of him are those of a sound, sensible, substantial preacher. If not eloquent, he was istructive; if not flashy, he was solid; if he did not excite the fancy, he touched the heart. Sensible people were pleased with him. And this was apparent from the congregation which sat under his ministry at the corner of Third and Arch Streets, in which were such men as Charles Chauncey, Alexander Henry, and Robert Ralston. But few such congregationns were to be found in the land for intelligence, wealth, and liberality. Genius and rhetoric are not to be despised in the ministry; but common sense, diligence, humility, piety, are gifts far to be preferred. And these Dr. Janeway possessed to an eminent degree. The comet blazes and attracts, and soon burns out; but the sun, moon, and stars always shine. An occasional Niagara is very well; it attracts the wonder-seeking, and the wonder-loving; but the gently flowing rivers are those which bless and fertilize the country.

Dr. Janeway was also a truly benevolent man. He had a heart and hand for every good work; and when he  had  retired from active pastoral life, he found abundant employment in preaching in vacant churches, in assisting his brethren, and in aiding in every effort to glorify God, and do good to men. There was not a Board of his own church with which he was not in some way connected; nor was there a great society in the land which had not his sympathies, his contributions, and his prayers. Blessed with a large paternal inheritance, he did not dig in the earth and hide his Lord’s money; as a faithful steward, he generously used it for the promotion of every good work. Whatever met with his approval, met also with his most generous support.

Dr. Janeway outlived his own generation; and that amid which he died only saw the faded remains of what he once was. “Without a stain upon his fair character, he lived on to his four-score years; and whilst his lot was cast in the days of exciting and angry controversy, and with which he had not a little to do, we know not that his principles, his integrity, his unyielding honesty, were ever called in question by his most vigorous opponent. The part that he took in the defence and extension of our Presbyterianism—in the founding of our Seminaries and Colleges—in the establishment and support of all our Boards, entitles him to a place with Green, Alexander, Miller, Baxter, Rice, among the fathers of the  church, which he  so  faithfully served.