December 13: For Christ’s Crown and Covenant 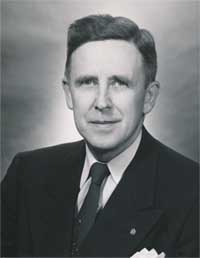 The Lord said unto my Lord, Sit thou at my right hand until I make thine enemies thy footstool.
Psalm 110:1.

Before me lies a manuscript history of the memorable Scottish General Assembly of 1638, open at the sermon which Mr. Alexander Henderson, the moderator, preached from this text at the excommunication and deposition of “the pretended Archbishops and Bishops of this Kingdom.” Behind this Assembly lies the story of the tumults at Edinburgh when King Charles I ordered the introduction of a Romanizing Liturgy; and the renewing of the covenants at Greyfriars, February 28th.

The heart of the sermon of Mr. Henderson is that Christ is he only Lord and Head and King of the Church. The ground of this dominion is the will and word of God declared here and many other places, such as, Dan. 2:44; 7:13; Luke 1:33. God hath given Christ the dignity of sitting at His own right hand. Let us for whom He hath suffered so much but acknowledge His Lordship. And then the beams from the sun of righteousness will give light and heat to our souls in answer to His blessed advocacy. The Church is to seek that form of worship and of government that her Lord hath given her and to rely wholly on Christ’s immediate presence with her.

Christ is to reign at the Father’s right hand until every enemy is made His footstool. In the time to come His great glory and triumph shall be manifest. But today He calls us to maintain His Lordship, especially in His Church. As His faithful bride she is called to a holy jealousy in seeking a worship, a government, and a work that are wholly of His ordering. As in the days following this memorable assembly let us see that at the tent of every captain of the army of Covenanters there is “fleeing” a banner with this inscription:
“FOR CHRIST’S CROWN AND COVENANT.”—W.C. Robinson.