The Minister with the Smiling Face
by Rev. David T. Myers 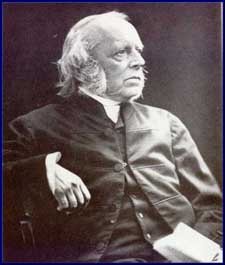 It was a little child who gave our subject today this title.  It accurately describes the ministry of the Rev. Andrew Bonar in the 1800’s in Scotland.  He was definitely a “people person” as he went among all ages with the life changing message of the gospel.

Born in 1810 in  Edinburgh, Scotland, Andrew was the youngest of three sons.  His minister father died when he was seven.  His older brother took on the responsibility of helping the mother feed all three sons.  She was a wonderful and spiritual mother, rearing his sons in the fear of the Lord.  Andrew did well in school, becoming one of the best Latin students of his day.  He was scheduled to follow his older brother Horatius to the  University of Edinburgh, but delayed his entrance for two years.  Refusing to study theology until he was assured of his own salvation, he spent the time in reading books, such as William Guthrie.  Satisfied that the Lord had saved him, he then entered the University and graduated with honors.

His pastoral ministry continued in his second and last congregation in Glasgow, Scotland, at the Finnieston Free Church of Scotland.  That congregation grew to over 1000 members during his time there.  He was to stay there from 1857 until his death in 1892.

It was said that he experienced four distinct revivals during his life time in Scotland.  Many of our readers have not even experienced one revival in their churches or denominations.  It was said of him that each hour, no matter what he was doing in that hour, he would stop to pray for those things the Lord laid on his heart.  He was a man of prayer.

He went to be with the Lord on this day, December 30, 1892.  It was said that he called his loved ones to his bedside, read the Bible to them, and then prayed for each one of them.

Words to Live By:
Through any of our Christian book stores, get the Life and Diary of Andrew Bonar.  You will enjoy it immensely.  This author read it while he was in college.  One of the observations he made was that Jesus sang a hymn in the Garden of Gethsemane, even as he realized the future of his time on earth.  Let us, Andrew Bonar observes, keep our friends from sorrow as long as we can.  In the face of difficulties, sing to the Lord if you have a dread of what is coming. Don’t brood over it, but sing to the Lord.