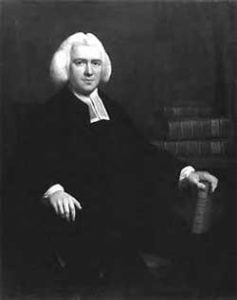 NATHANAEL WHITAKER was born on Long Island, February 22, 1722, and graduated at Nassau Hall in 1752. He was ordained and settled in the bounds of New York Presbytery, in 1752. In 1759, he was called to Chelsea, near Norwich, Connecticut. It was conditional:—“provided he be first liberated from his charge in the Jerseys.” This church was Presbyterian in its organization, and was in its infancy, having six communicants, and no house of worship. The installation took place in the open air, February 25, 1761: the sermon, by the Rev. Benjamin Lord, of Norwich, was printed, with those parts which, out of mercy to the shivering people, had been omitted in the delivery.

Whitaker had fine talents, and was very prepossessing. He engaged in traffic, and “pierced himself through with many sorrows.” His people accused him of being greedy of gain and neglectful of their interests: he charged them with violent and unchristian conduct.

The meeting-house was completed in 1766. The Connecticut Board of Correspondents for Evangelizing the Indians selected him to go to Great Britain with the Rev. Samson Occum, of the Mohegan tribe, to solicit funds for a mission school. Philip supposes the project to have been set on foot by Whitefield. He had frequently, in previous years, urged that Occum might be sent over.

Lady Huntingdon warmly advocated the cause; Romaine, and Venn, and Powley, (son-in-law of Mrs. Unwin,) exerted themselves at Leeds, Huddersfield, and Halifax. A considerable sum was collected at Newcastle, where, at Whitaker’s particular desire, John Wesley preached.

They returned after eighteen months’ absence, having had great success, and prepared the way for founding Dartmouth College. The University of St. Andrew’s conferred on Whitaker, in 1767, the degree of D.D.

While in England, he published several sermons on “Reconciliation to God,” in which he endeavours to prove,—

That the renewed soul is reconciled to God’s original essential properties and character as absolute Lord and Governor of all; that the ground of reconciliation is the sacrifice of Christ, and the means of it; the knowledge of Christ crucified, and the power of the Holy Spirit.

That the sinner is, by regeneration, imbued with a new temper and a taste and relish for divine things.

That Christ’s work has not rendered God in himself any more lovely to the unrenewed heart; and, That the sinner is not renewed by “objective light.”

The difficulties with his people blazed afresh on his return, and he accepted a call to the Second Church in Salem, Massachusetts, May 9, 1769. He had written to them a month before, insisting on the adoption of the Presbyterian system. He declared that he never was so perfectly sick of the Congregational method, and demanded that he should have a full negative on the proceedings of the church, and that no church act should be valid without him. This strange demand was accounted a part of the Presbyterian by the New England divines; and Jonathan Edwards tells us that the church of Northampton conceded to his grandfather, the venerable Stoddard, in accordance with his Presbyterian principles, “a negative on all their proceedings, and never, so far as I heard, disputed it.” He was installed, July 28, 1769.

But Salem, though by interpretation signifying “peace,” has been the scene of much theological warfare. In 1773, the people declared that they had not acquiesced in Whitaker’s proposals. He, with fourteen friends, withdrew, and formed a Presbyterian congregation, and united with Boston Presbytery, November 27, 1773. The presbytery dismissed, without censure, those who with-drew from him, and, a council being called, declared these persons to be the Third Church. His friends erected a house of worship, and the property was conveyed to him, as founder and sole proprietor, for the use of the congregation only so long as it continued orthodox in faith. It was burned, October 6, 1774; and, in the spring, Dr. Whitaker, and his elder, Mr. Nathaniel Silsbee, met with the Synod of New York and Philadelphia, as correspondents, to ask aid to rebuild. The synod recommended them to the charity of all. They completed their new church in February, 1776.

Whitaker, on the breaking out of the war, espoused warmly the cause of independence. He engaged in the manufacture of salt-peter, and five hundred pounds were subscribed to enable him to erect “works at the head of the turnpike.” The town gave him
leave, May 13, 1776, to sink cisterns to procure nitre. In a few weeks he furnished the authorities with ninety-two pounds, and soon after with two hundred and eighty-two pounds. On the occasion of the Boston massacre, in 1771, he printed a sermon on “The Fatal Tragedy in King Street;” and, on the proclamation of independence, another, entitled “An Antidote to Toryism.” At the termination of the struggle, he reprinted the latter, with another,—“On the Reward of Toryism.”

The Synod of New England was formed, May 31, 1775, by forming the three Presbyteries of Londonderry, Salem, and Palmer. It met only once or twice; and, in 1782, only the Presbytery of Salem remained, with barely a quorum. Whitaker was again in trouble. The church resolved to adopt the Congregational form, November 28, 1783, and called a council, which dis-missed him, February 10, 1784. He was shut out of the church, March 25. Salem Presbytery justified him, and the Rev. Mr. Cleveland, of Chebacco, defended the people and the council. He published a history of the case, and then a confutation of the pamphlets on the other side.

He removed to Maine, and, after vainly attempting to establish a presbytery, he went to Virginia, and died, January 21, 1795, in poverty, at Woodbridge, near Hampton, at the age of sixty-three.

His son Jonathan graduated at Harvard, in 1797, and became a Congregational minister with Unitarian sentiments.

The Rev. William Hart, of Saybrook, who was declared by Davenport to be unconverted, attacked the sermons on “Recon-ciliation” on their appearance in this country. He held them up as new, objectionable, and of the invention of Samuel Hopkins. Whitaker replied, in 1770, and retorts on Hart that he held, that, as all men have a conscience, they have a taste for and an admiration of holiness: asserting, on the contrary, that there is a natural enmity of the heart to God—“an inward, partial, interested affection, contrary to the inward sense of righteousness.” Hart, also, attacked Hopkins, and occasioned the publication of his treatise on holiness. He had represented Whitaker as teaching that man is turned devil. Hopkins replied, that, before Hart let Whitaker go, he blackened him, and made him look like a devil.

There was another Nathanael Whitaker, who was a native of Medford, Massachusetts, and studied at Harvard. In June, 1742, it is mentioned, in the public prints, that he had sailed from Boston, to enter “into orders.” He was settled in Maryland; and Archbishop Secker was informed, in 1759, on unquestionable authority, that he was one of the worst of men.