April 24: A Proposed Plan That Failed 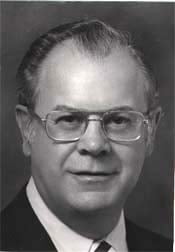 Francis Schaeffer is reported to have been the one who coined the phrase “split P’s,” in reference to the many divisions among Presbyterians. But for all the talk of division among Presbyterians, the latter half of the twentieth century was actually quite full of mergers and attempted mergers. One of these attempted mergers formally began in 1972, first with committee planning, and then with talks in 1973 between the Presbytery of the Midwest of the Orthodox Presbyterian Church and the Midwestern Presbytery of the Reformed Presbyterian Church, Evangelical Synod, as they sat down to discuss the proposed union at a meeting in St. Louis on April24, 1973. Then in June of that same year, the matter came under initial consideration at the national level for each of the two denominations.

Both the OPC and RPCES assemblies approved sending the Plan down to their Presbyteries for further discussion and voting. With characteristic dry humor, Dr. Clair Davis, then a member of the OPC, quipped, “We almost know more about you RP’s than we do about ourselves. We have looked you over in more detail than we ever viewed ourselves with.” One major sticking point proved to be RPCES views on millennial issues, particularly as that had been set down in the RPCES edition of the Westminster Larger Catechism. In the end, the proposed union failed to secure approval when voted on in 1975.

The Preamble to the proposed Plan of Union is an interesting document to review now, nearly forty years later. What might have happened if that proposed merger had been approved? Would a new, larger denomination have entertained the idea of yet another merger a decade later with the PCA? And how do the documents drawn up in preparation for that proposed union compare with the later arrangements made for the Joining & Receiving of denominations into the PCA in 1982? The Rev. Donald J. MacNair, pictured above right, was a key part of both the efforts to merge the OPC and RPCES in 1975 and later in the efforts to receive the OPC and RPCES into the PCA in 1982. In the end, the RPCES was received into the PCA, and the OPC continued on as a separate denomination.

The Reformed Presbyterian Church, Evangelical Synod and the Orthodox Presbyterian Church come together committed to the supremacy and authority of the Scriptures, the inerrant Word of God, and confessing one Lord, one faith, one baptism. These churches come together as the ________________ [the name of a united church has not been determined] Church in one scriptural faith and order, in full fellowship in the service of Christ under the divine authority of the whole of Scripture for all of faith and life. We come to this union acknowledging both God’s grace and our sins in days past, and trusting in the renewal of the Holy Spirit for days to come.

In this union we seek first the honor of our Savior’s name; we wish to be found pleasing in the sight of the Lord who prayed for the deepest unity of His people. In particular we would praise God for His mighty grace in bringing us together after a sad experience of division in the history of our churches. Soon after the Presbyterian Church of America was established in 1936 to continue a faithful witness to the Christ of the Scriptures, a grievous division brought reproach upon this testimony. We recognize the genuine and deep concerns that influenced this division; on the one hand, a fear that indifference or hostility to characteristic features of the piety and hope of American Presbyterianism would doom the church to sectarian isolation; on the other hand, a fear that the reformation of the church would be crippled by adherence to requirements for life or faith that went beyond the teaching of Scripture.

We do not claim to have achieved unanimity of opinion on all the issues that led to that division, but in effecting this union we do confess that the unity of Christ’s church should not have been broken as it was in 1937. Both those who left and those who suffered them to leave did so without pursuing with zeal all the scriptural means for reconciliation. Each sinned in a measure, and even the least sin against the love of Christ brings reproach on His name.

In seeking the joy of restored fellowship, we would confess afresh our need of the heartsearching and healing work of God’s Spirit to convict us of all sin and lead us into the obedience of Christ. We express, by this union, our obligation and determination to maintain, by God’s grace, the unity of the church in the mutual faith, love, and confidence which we profess.
—–end—–

“Behold, how good and how pleasant it is
for brethren to dwell together in unity!
It is like the precious ointment upon the head,
that ran down upon the beard,
even Aaron’s beard:that went down to the skirts of his garments;
As the dew of Hermon, and as the dew that descended upon the mountains of Zion:
for there the Lord commanded the blessing,
even life for evermore.” —(Psalm 133:1-3, KJV)