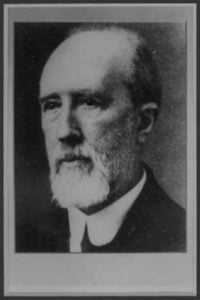 REVEREND THOMAS HART LAW, D. D., was born in Hartsville, Darlington county, South Carolina, August 26, 1838, the son of Thomas Cassels and Mary Westfield Law. His father was a successful planter, systematic, untiring in effort, and a public-spirited citizen. He held no public positions but those of country postmaster and commissioner of public schools. He revered religion and brought up his family to fear God and to strictly observe every religious duty. The first paternal ancestors to come to America were Scotch-Irish, who settled in lower South Carolina, and the noted French Huguenot, DuBose. The maternal ancestors came from Wales and located at Welsh Neck, near Society Hill, South Carolina. The subject of this sketch, while healthy in childhood and youth, was never of robust physique. From his earliest years he was fond of reading and keenly observant of persons and things. His early life was passed on his father’s plantation; and, although no special tasks were assigned, his father always encouraged him in such employment as would aid in his physical development. His deeply pious mother exercised a particularly strong influence on his moral and spiritual life. He found the Bible and books on Christian experience most helpful to him in fitting him for his work.

He graduated at the South Carolina Military academy (Citadel), April 9, 1859, with first honor. He subsequently took a course of professional study at the Presbyterian Theological seminary, at Columbia, South Carolina, graduating in 1862.

He was led by personal preference, and a controlling sense of duty, to the choice of the Gospel ministry for his life-work. The first strong impulse for success in his career was to obey God and to serve him acceptably and usefully, and he ascribes the success he has attained to his “home training of the strict old Presbyterian kind, and the rigorous discipline at the Citadel.” His first charge in the Gospel ministry was in Florence and Lynchburg, South Carolina,which pastorate he held from May, 1862, to October, 1865, serving also during this time for a few months in 1863 as chaplain at Fort Caswell, North Carolina. He accepted the call to the Spartanburg Presbyterian church in August, 1869, serving acceptably and with fruitful results till November, 1886. For several years previously he served also as evangelist of the Charleston presbytery. In April, 1887, he became the active field worker of the American Bible society, and in this sphere of usefulness he continued until July, 1907, with increasing beneficial results. He has served as stated clerk of stated clerk of the South Carolina Presbyterian synod since October, 1875; was stated clerk of Enoree presbytery from April, 1898, to October, 1905, and has also served as permanent clerk of the Southern Presbyterian general assembly since 1904.

He has constantly identified with the Democratic party and has done what he could to further its policy and for the best interests of his section and our nation. In 1889, as a recognition of his useful and comprehensive labors, the Presbyterian college Of South Carolina conferred upon him the degree of D. D.

He has had but little time for so-called sports or amusements, finding all requisite physical exercise in his appointed work.

He lays down as the maxims of life, and talismanic to true success, to our American youth:

“The fear of the Lord is the beginning of wisdom. To fear God and keep his commandments is the whole duty of man.” “Self-control, industry and system are the principles and habits I would commend.”

He died in Spartanburg, South Carolina on December 14, 1923.

We seem to be having problems with the Comments feature. Until such time as that is fixed, here’s a comment sent in by the Rev. Richard Hodges, pastor of the Salem Presbyterian Church (PCA), in Blair, SC:—

Rev. Dr. Thomas Hart Law wrote an amazing journal while he was a cadet at the South Carolina Military Academy entitled, Citadel Cadets: The Journal of Cadet Tom Law by Thomas Hart Law, 1838-1923 (out of print). In it he describes in great detail the almost daily spiritual climate at the school and the surrounding city of Charleston. He mentions and commends the preaching and ministries of the Rev. Dr. John L. Girardeau, Dr. Thornwell, Adger, Jacobs, and many others. He was the Honor Graduate of the SCMA Class of 1859 and had a profound and beneficial Christian influence on his fellow cadets at The Citadel, 1856-1859.
See https://www.findagrave.com/cgi-bin/fg.cgi?page=gr&GRid=38989058

[Editor: For more about Law’s journal, see the review article which appeared in the William and Mary Quarterly.