August 28: And Now For Something Completely Different

A Different Look at the Auburn Affirmation

In the first year of its existence, Carl McIntire’s publication, THE CHRISTIAN BEACON, included a four panel comic strip drawn by a cartoonist by the name of Hal Veech. We’ve never been able to discover biographical information about Mr. Veech, nor do we know where else he might have worked. He may have simply been a talented amateur. His cartoon strip was titled THE “CHRISTIAN” FAMILY.  The strip certainly did not major in subtlety.  In these two installments, the two central characters, Wurldlee and his wife Trustphul discuss aspects of the Auburn Affirmation. [We have posted previously this year regarding the momentous publication known as the Auburn Affirmation, a casting down of the gauntlet by modernists within the Presbyterian Church in the U.S.A. See also here and here.]

[click on the image to get a larger and hopefully legible version]. 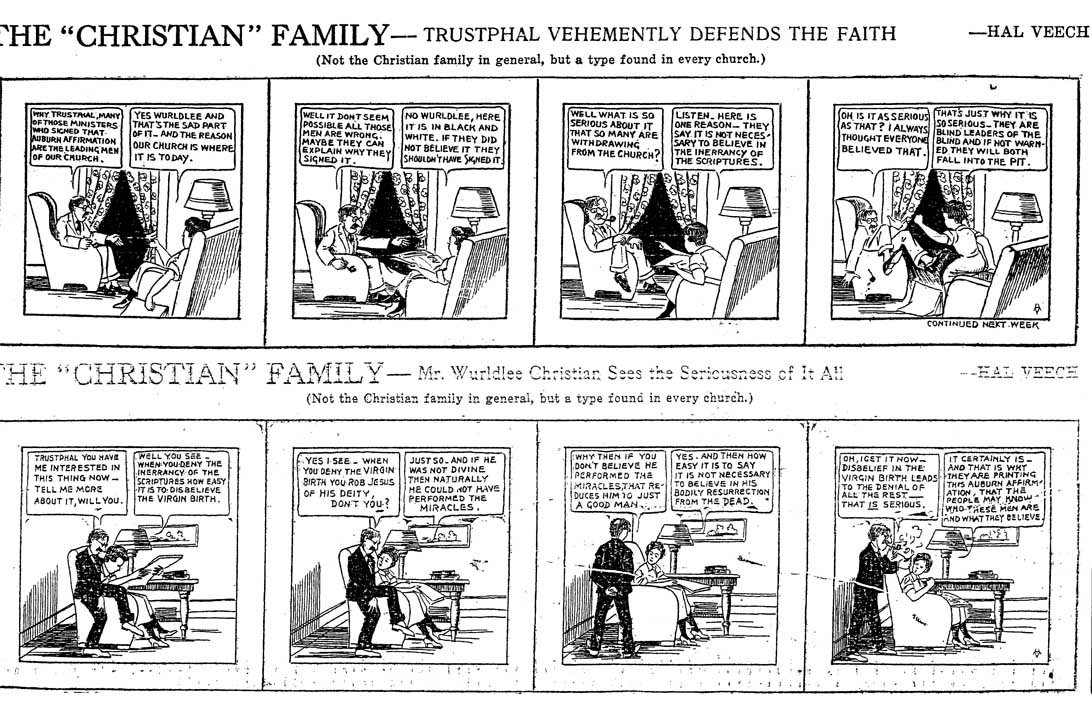