He was a wanted man
by Rev. David T. Myers 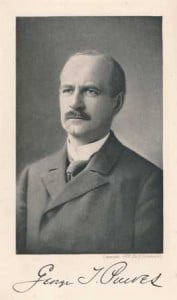