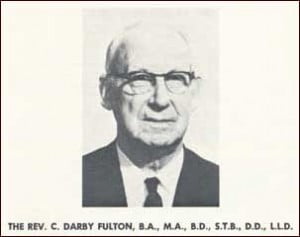 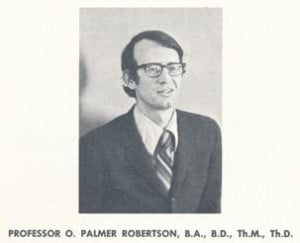 The rest of that afternoon was spent in discussion and adoption of constitutional documents [the Westminster Standards and the Book of Church Orer]. After dinner, the Assembly met yet again for worship, with the service under the direction of the Rev. Kennedy Smartt, then pastor of the Presbyterian church in Hopewell, Virginia. The Rev. Tim Fortner, of Hazelhurst, Missouri, led in prayer. The Rev. Sidney Anderson of Swannanoa, North Carolina, read the Scripture, and Dr. O. Palmer Robertson, professor at Westminster Theological Seminary, preached a sermon entitled “The National Presbyterian Church and the Faith Once Delivered,” taking Jude 3 as his text.

Words to live by:
That second day of business was full and busy for the Assembly, but note how not just once but twice they met for times of worship during the day. I am reminded of Martin Luther’s statement, “I have so much to do today that I must spend the first three hours in prayer.” There is more truth in that statement than most of us are willing to admit, and certainly more than most of us are willing to live up to. But that first General Assembly of the PCA recognized their priorities and their need to completely and utterly rely upon the Lord in all their deliberations.