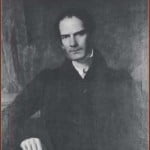 A True Test of Our Hearts

Not too long ago we had a post about the Rev. John Holt Rice [1771-1831], a renowned early American pastor and founder of what became the Union Theological Seminary in Richmond, Virginia, a man who literally exhausted himself in pursuit of the ministry to which the Lord had called him. Wanting to know more about him, the other evening I picked up the Rev. Hiram Goodrich’s brief memoir of the Rev. Rice, and as I was reading, was particularly struck by this comment:

“He never allowed himself, even in the retirement of his own family, to speak unfavorably of the absent, and whenever any person told him the faults of another, he was wont to reply, ‘what good did you hope to gain by telling me that?’ “

21 For you have been called for this purpose, since Christ also suffered for you, leaving you an example for you to follow in His steps,
22 who committed no sin, nor was any deceit found in His mouth;
23 and while being reviled, He did not revile in return; while suffering, He uttered no threats, but kept entrusting Himself to Him who judges righteously;
24 and He Himself bore our sins in His body on the cross, so that we might die to sin and live to righteousness; for by His wounds you were healed.
25 For you were continually straying like sheep, but now you have returned to the Shepherd and Guardian of your souls.