Can Anything Good Come out of Thunder Hawk?
by Rev. David T. Myers 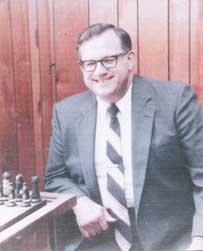