If you answered Martin Luther and Phillipp Melanchthon for Germany, John Calvin and Theodore Beza for Geneva, and John Knox and Andrew Melville for Scotland, give yourself a treat, for all three of these are the identities for Number Two Reformers. 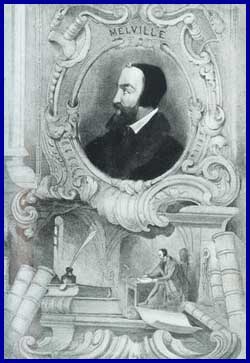 Our focus today is Andrew Melville, who was born this day, August 1, 1545 in Baldovy, Scotland.  He had more than a little hardship in that before  he was five years old, both his father and mother died.  One of his nine brothers, Richard, took charge of Andrew, giving him the best schooling he could bring to bear upon the situation.  By the age of 14, Andrew went to and graduated from St. Andrews University, having the reputation of being “the best philosopher, poet, and Grecian of any young master in the land.”

In 1564, Andrew left Scotland to study in France, and after training in Hebrew and the legal profession, went to Geneva, where he sat under Theodore Beza.  At the urging of his fellow students, he returned to Scotland.  He was influential of introducing European methods of education, where one professor taught only those students who were interested in his expertise, rather than having one professor teaching every topic to a group of students.  The reputation of the Scottish universities grew until students from all over flocked to the schools.

The age-old issue of Presbyterianism versus Anglican government and doctrine was still being debated in the land.  Who was the head of the church?  Was it the king of England, or was it King Jesus?  Melville clearly believed the latter and was prepared to oppose the former all of his days of ministry in the land.

Andrew Melville went on to serve the Lord of the church as an educator, pastor, and churchman as the Apostle of Presbyterianism.  Elected Moderator of the General Assembly five times, he was the key author of the Second Book of Discipline.   Unmarried,  his life and ministry was always for the glory of Jesus and the advancement of His church.

He is the author of that famous “Two Kingdom” speech which he delivered to King James the Sixth.  While this author will treat it by a separate post, a few words will keep us in anticipation now.  Taking the king by the sleeve, he said “Sire, I must tell  you that there are two kings and two kingdoms in Scotland: there is King James, the head of the Commonwealth, and there is Christ Jesus, the Head of the Church, who subject King James VI is, and of whose kingdom he is not a head, nor a lord, but a member . . . .”

Sent to the Tower of London as a prisoner for four years for alleged wrongs to the king, he was let out only to be banished to France, where he lived the rest of his life as a professor at the University of Sedan.  He died in 1622.

Words to Live By: Wylie paid Andrew Melville the tribute that Protestantism would  have perished were it  not for the incorruptible, dauntless and  unflinching courage of Andrew Melville.  King Jesus, give us men and women today in our land who will stand up for the gospel, come what may.  Reader, pray much for the church, your particular congregation, the churches of your presbytery, and the national denomination of which you are a part, that they will stand up for the Scriptures, the Reformed Faith, and the Great Commission.