Confessions of a Dying Man
by Rev. David Myers 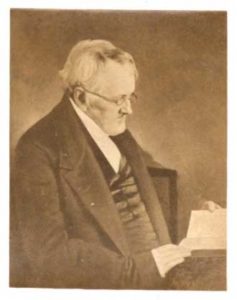 This author will never forget the words of the Christian woman in the hospital bed that afternoon. A fellow PCA pastor had asked me to visit her in the Harrisburg, Pennsylvania hospital as she was facing a serious illness. So I went to see this stranger and we talked of her life and testimony in my ministerial friend’s church. She assured me that she was not afraid to die, as her hope in Christ was a strong conviction in her life. But then she said that she wasn’t so confident of the means to arrive in heaven for her. And I acknowledged that this was the feelings of any Christian man or woman. We know heaven is waiting for us because of our firm faith in the Son of God as personal Lord and Savior. But the means of leaving this earth and gaining eternal life might be a scary proposition. One Christian gentleman named Archibald Alexander showed by his comments in 1851 that this was true.

Dr. Alexander was the first professor of Princeton Theological Seminary, in Princeton, New Jersey, after a lifetime of ministry as a pastor, college president, and scholar. Other professors were to join him, and indeed his long ministry to this Presbyterian Seminary came to an end in 1851. Both of your authors to this website have written on him in those active years in other posts. (See here) But I would like of focus on his thoughts and words as he realized the nearness to his departure from, this earth.

To his son, Dr. Alexander said “I have this morning been reviewing the plan of salvation, and assuring myself of my acceptance of it. I am in peace. The transition from this world to another, so utterly unknown, is certainly awful, and would be destructive, were it not guarded by Christ. I know he will do all well.”

A few days later, he spoke with another, saying that “if such be the Lord’s will, he was ready” and even preferred to “go now.”

To Charles Hodge, he stated that his peace in departing this earth was due to the ministry of angelic hosts, saying “that they are always around the dying beds of God’s people.”

And finally, his last confession of faith spoke of “all his theology is reduced to a moral compass, Jesus Christ came into the world to save sinners.”

Words to Live By:
Surely these thoughts and words should give each Christian reader much comfort as we confront our departure from this earth in His timing. In this author’s case, I am in my late seventies on this earth. Yet, as Dr Alexander acknowledged that while the transition from this world would be certainly awful, praise God, it is guarded by Christ who does all things well. He is around the dying beds of God’s people! And with that, we can rest assured in Christ Jesus, our Lord and Savior, in both life and death.

Lastly, a small advertisement, if you will. We recently mentioned the Log College Press, and have learned they have a forthcoming publication, very timely in view of our post today. Aging In Grace: Letters to Those in the Autumn of Life, by Archibald Alexander, looks to be a great resource and one worth your consideration. To order, or to find out more, click here. For more on Dr. Alexander, including the transcription of his sermon on our Lord’s incarnation, see the post at Presbyterians of the Past. 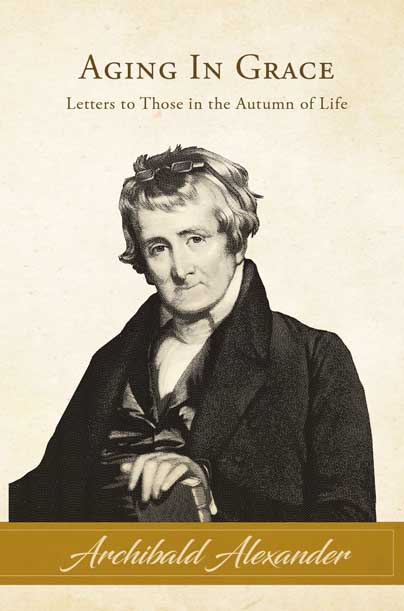 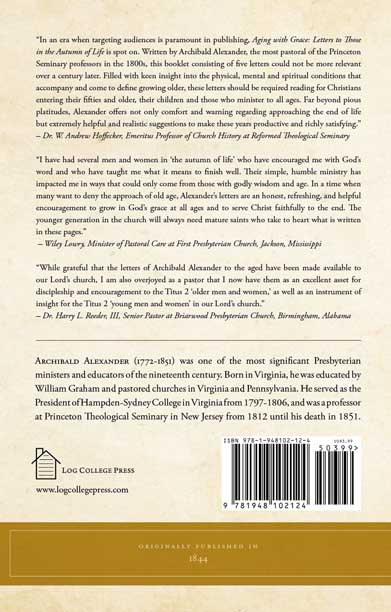