Remembering a Founding Father of the PCA

Many of the PCA’s founding fathers have already passed on to their reward. One such was the Rev. Thomas Edward Lacey, who spent the larger portion of his ministerial career as a missionary in Belize. Our text today is taken first from the memorial posted at the Find-a-Grave website, and secondly from the Minutes of the Presbytery of Mississippi Valley. The first account tells a more vibrant story of this brother’s life and ministry, while the second is more formal. Together, I think they speak eloquently to our purpose. 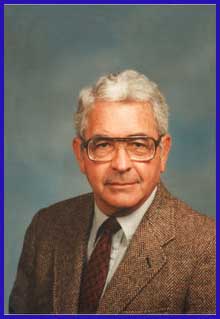 “Thomas Edward Lacey was the son of Edward Alexander and Ava McGee Lacey. He was Born on February 21, 1934 in Kosciusko, Mississippi. As a young man, he traveled to the Northwest coast of Canada where he served as the pilot of a missionary ship, the Willis Shank, for the Inland Indian Missions. There he met his bride, Helen Loewen, who was a missionary teacher to the island tribes of the area. They married on Thetus Island [British Columbia] on May 4, 1958. After the birth of a daughter, Susan Joy, they returned to Kosciusko where Tom served as the youth pastor for First Presbyterian and attended Jackson Theological Seminary. A son, David Edward, was born before they were commissioned as missionaries with the South American Indian Mission in Bolivia for the purpose of reaching the Ayora tribe. During that time, a son, Mark Thomas, was born. Eventually, the Lacey family moved to Cristo Rey, Belize to serve the Mayan Indians under the Mexican Presbytery. They established numerous village churches, a school, and a medical clinic. They remained in Belize until Tom’s death in Houston, Texas from cancer on November 29, 1994.”

Then, from the memorial which was spread upon the minutes of the Presbytery of Mississippi, where Rev. Lacey was a member:

WHEREAS, our Sovereign God, in His infinite wisdom and mercy, saw fit to call our friend, brother, and co-laborer, Thomas Edward Lacey, home to heaven on November 29, 1994, and
WHEREAS, Thomas Edward Lacey, having been raised, nurtured, catechized, ordained, and having served the Lord in this church as a faithful member and Youth Director, and
WHEREAS, Thomas Edward Lacey’s Christian character, love, and service made him a valued friend and respected minister in the community of Kosciusko, Mississippi, and
WHEREAS, Thomas Edward Lacey was used greatly by the Lord in bringing sinners to Christ, establishing churches, a Presbytery, a Presbyterian Day School and a Medical-Dental clinic, throughout five years of ministry in the villages of Bolivia and twenty-five years of ministry in the villages of Northern Belize, during which time the Lord graciously called His appointed ones in the family of God’s children and established a portion of His church to His own glory;
THEREFORE BE IT RESOLVED, that the Session of First Presbyterian Church, representing its membership, expresses its deeply felt sense of loss in the passing of our brother, Thomas Edward Lacey, our appreciation for his untiring service and exemplary life, and our gratitude to Almighty God for allowing us the joy and blessing of having known, loved and labored with this servant of the Lord.
BE IT FURTHER RESOLVED, that this resolution be made a permanent record on the minutes of the Session of the First Presbyterian Church, Kosciusko, Mississippi, and that a copy be sent to the Presbytery of the Mississippi Valley so that Thomas Edward Lacey might be memorialized at the June 6, 1995 meeting of the Presbytery, and that a copy be presented to his family.
Adopted by the Session, May 14, 1995.

Words to Live By:
Psalm 116:15 declares, “Precious in the sight of the Lord is the death of his saints.” Have you ever wondered at this truth? For one, it must be a sure truth, because what awaits us, in Christ, is so far above what we have known in this life that it cannot compare. It is a deep truth and one worth pondering. Matthew Henry comments: “God has a people, even in this world, that are his saints, his merciful ones, or men of mercy, that have received mercy from him and show mercy for his sake. The saints of God are mortal and dying; nay, there are those that desire their death, and labour all they can to hasten it, and sometimes prevail to be the death of them; but it is precious in the sight of the Lord; their life is so (2 Ki. 1:13 ); their blood is so, Ps. 72:14 . God often wonderfully prevents the death of his saints when there is but a step between them and it; he takes special care about their death, to order it for the best in all the circumstances of it;”