What was Meant for Harm Turned Out for Good
by Rev. David T. Myers 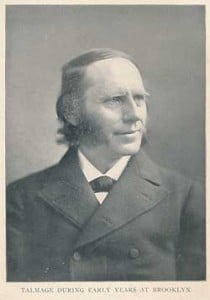 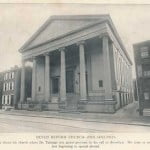 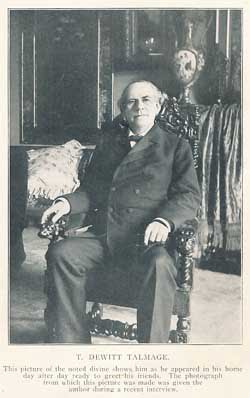 Rev. Talmage is buried at the historic Green-Wood Cemetery in Brooklyn, NY. To view his gravesite and to learn a bit more about him, click here.

Comments:
Our friend Walt Aardsma writes to add this note:

The Talmadge Memorial Reformed Church in Philadelphia was named for Rev. Talmadge.

By the 1980s this church and one other were the only congregations in Classis Philadelphia that believed in the inerrancy of Scripture. (Classis Philadelphia, the most liberal one in the R.C.A., does not exist any more and was merged with another classis.)

Pastor Barry Traver took Talmadge Memorial – 4th out of the R.C.A. and they became the Pilgrim O.P.C. I chatted with Rev. Traver when this was going on, he had already left the ministry and was working at Radio Shack. Presently cannot find the congregation under this name. My notes say that the O.P.C. received the congregation in 1984, but when i chatted with Rev. Traver it was 1981 or ’80 and i thought that they had already joined the O.P.C.

Have asked for more info. on what happened to the congregation.

Editor: The OPC Ministerial Register indicates that Rev. Barry Traver retired in 2005. To make the story more interesting, come to find out that Talmadge/4th, which became Pilgrim OPC in 1984, later transferred into the PCA in 2005. Suddenly Rev. Talmadge has become all the more relevant!

Lastly, since Walt has raised this issue, I’ve searched out the succession of pastors for Pilgrim Presbyterian Church [formerly Talmadge, then Talmadge/4th]: