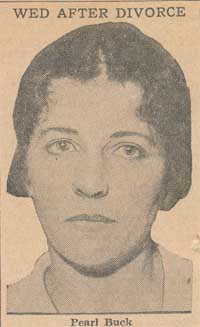 Mention the name of Pearl Buck and countless Americans will immediately think of the award-winning book “The Good Earth.”  And indeed Pearl Buck did write that famous work and many other novels which earned her both a Pulitzer prize as well as a Nobel prize for literature.  But how many Americans, and even church folks, know that she was instrumental in bringing about the original Presbyterian Church of America in 1936?  And yet she was.

Born of missionary parents in China associated with the Southern Presbyterian church in West Virginia, Pearl Buck returned with her husband to China as missionaries under the Board of Foreign Missions of the northern Presbyterian Church.

In 1932, the book “Rethinking Missions” was published. It stated that its aim was to do exactly what the title suggested, namely, to change the purpose of sending foreign missionaries to the world.  Its aim was to seek the truth from the religions to which it went, rather than to present the truth of historic Christianity.  There should be a common search for truth as a result of missionary ministry, was the consensus of this book.  Pearl Buck agreed one hundred per cent with the results of this book.  She believed that every American Christian should read it.

To her, Jesus ceased to be the divine son of God, virgin born, and conceived by the Holy Spirit.  There was no original sin in her belief structure.  All these truths of historic Christianity made the gospel to be a superstition, a magical religion, and should be done away with by the church, and subsequent mission boards. 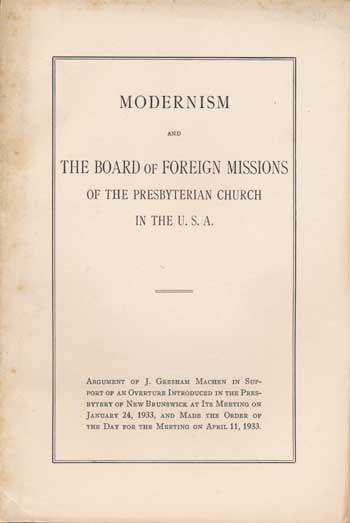 Eventually, the situation of the China Mission was a powerful basis for forming the Independent Board for Presbyterian Foreign Missions in 1933. True Bible-believing Presbyterians needed to have one board which would only send missionaries to foreign lands who believed that Jesus was the only way, truth, and life to God.  Pearl Buck did not believe this biblical truth.

For further study:
“Pearl Buck’s Comments upon the death of J. Gresham Machen.”

Words to Live By: The New Testament author,  Jude, writes about those who “creep in unnoticed” into the church, who “deny our only Master and Lord, Jesus Christ.”  As long as the church is on earth, there will be a need for Christians to “contend for the faith that was once for all delivered unto the saints.” (ESV  – James 3, 4)