June 1: Machen Expects to be Dropped from the Ministry (1936) 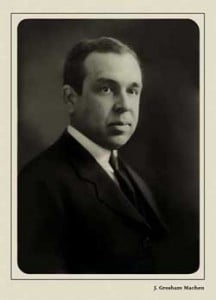