Recently the magazine CHRISTIANITY TODAY has been in the news, and with some relevance we re-post an earlier article from some years back concerning the Rev. J. Marcellus Kik, one of the first editors of the magazine. In the first three years or so of that magazine’s existence, articles, reviews and letters to the editor were so frequently contributed that the magazine had a decidedly Reformed flavor to it. As Rev. Kik moved on to other efforts, those contributions were fewer and fewer in succeeding years.
Additionally, we’re also presenting some news with this post, that the PCA Historical Center has begun a project to digitize a newspaper published by Rev. Kik. His paper was titled BIBLE CHRISTIANITY, and it ran from late in 1935 until the early 1950’s. Click here for the index page, which will have links to each issue. The first three issues of the paper have already been posted, and more will follow in January and then throughout 2020. This is a side-project at the Historical Center, but one we hope to stay after. 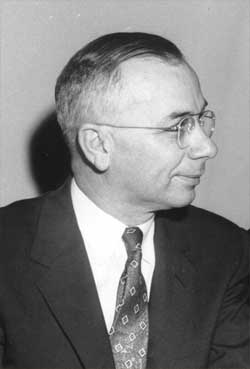