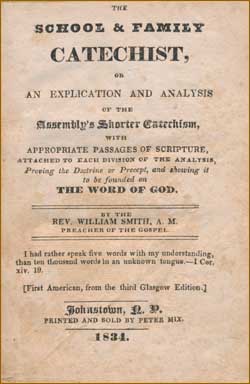 Q. 78. What is forbidden in the ninth commandment?

A. The ninth commandment forbiddeth whatsoever is prejudicial to truth, or injurious to our own, or our neighbor’s good names.

Whatsoever is prejudicial to truth. –Every thing that is opposite, or contrary, or hurtful to the truth; such as, lying, flattery, dissimulation, &c.

Whatsoever is injurious to our own good name. –Every thing that is hurtful to our own character in the world; such as, sinful and imprudent speech, and improper conduct of every kind.

Whatsoever is injurious to our neighbor’s good name. –Every thing that may hurt the character of our neighbor among men; such as, speaking evil of those who, we think, may have done us wrong, taking pleasure to make known the real faults of another, and such like.

The sins forbidden in the ninth commandment, are three-fold: