This Day in Presbyterian History:  A Union based on Compromise of Doctrine 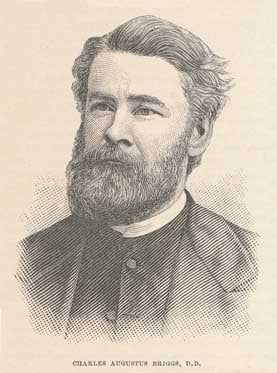 The early twentieth century in the northern Presbyterian church was increasingly one of a battle over the Bible. Charles Briggs, of Union Theological Seminary in New York City, had just been indicted for heresy and found guilty by both his presbytery and the General Assembly. In the midst of this trial and subsequent indictment, there was a proposal to revise the Westminster Standards by 15 presbyteries of the denomination. The result was the addition of two chapters to the Confession on the Holy Spirit and the Love of God and Missions, composed of chapters 34 and 35. Further, some language was changed in chapter 16 relating to the works of unregenerate men. Instead of these works being considered sinful and unable to please God, they were described as “praiseworthy.” Last, a declarative statement was added to better understand Chapter 3 of the Confession as it related to God’s eternal decree.

Let there be no doubt with respect to these changes. That result was that the Standards of the Westminster Assembly were watered down as to their solid Calvinism originally taught in them. Particular redemption was replaced by general redemption. Total depravity was replaced by a partial depravity. Arminianism was introduced into the subordinate standards of the church. J. Gresham Machen called the changes to be “highly objectionable,” “a calamity,” and “a very serious lowering of the flag.”

Words to Live By: Beware of a tendency to lower your Biblical testimony, and that of your church or denomination, to suit the ever-changing sentiments of the world around you.  Your standard is always the Word of God, never the word of man.

Through the Scriptures: Numbers 7 – 10

Through the Standards: Total Depravity of Mankind

WCF 6:2
“By this sin they (e.g. our first parents) fell from their original righteousness and communion, with God, and so became dead in sin, and wholly defiled in all the parts and faculties of soul and body.”