November 5: Birth of Benjamin B. Warfield 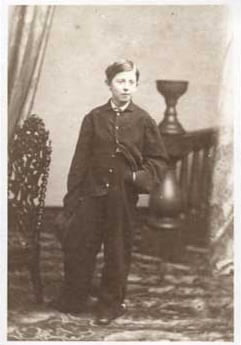 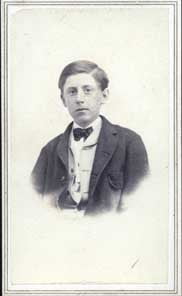 [Note: my former impression that the officer in Warfield’s story was his own brother, is incorrect. But if Warfield came by this story through his own extended family, there were a number of men in the Breckinridge family who were military officers. Of these, Ethelbert Ludlow Dudley Breckinridge, an 1898 graduate of Princeton University and a lieutenant in the U.S. Army in 1906, seems the most likely candidate to fit the details of the story. The San Francisco earthquake remains the most probable setting of the story.]

Through the Scriptures: John 4 – 6

Through the Standards:  Proof Texts of the Creedal Treatment of the Sacraments

Matthew 28:19
“Go ye therefore, and teach all nations, baptizing them in the name of the Father, and of the Son, and of the Holy Ghost.” (KJV)

1 Corinthians 11:23
“For I received from the Lord what I also passed on to you: The Lord Jesus, on the night he was betrayed, took bread, and when he had given thanks, he broke it and said, ‘This is my body, which is for you: do this in remembrance of me.’  In the same way, after supper he took the cup, saying, ‘This cup if the new covenant in my blood; do this, whenever you drink it, in remembrance of me.'” (NIV)

Proverbs 1:33 : “But he who listens to me shall live securely, and shall be at ease from the dread of evil.”