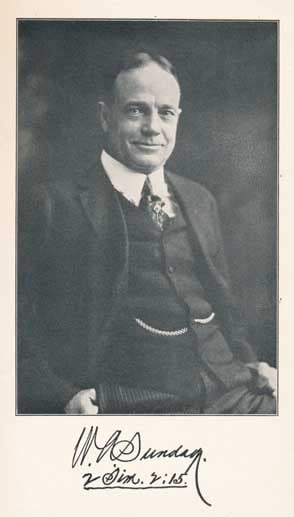 So went the opening lines of Frank Sinatra’s song, “Chicago,” which prominently proclaimed it as “the town which Billy Sunday couldn’t tame.” This writer often wondered whether listeners even knew who Billy Sunday was, but the populations of both small and large towns and cities in the early part of the twentieth century knew him well. Billy Sunday was an evangelist, who preached  to one hundred million people during his crusades, with the result that one million professed Christ as Lord and Savior. He was also a Presbyterian, having been ordained in 1903 by that church. 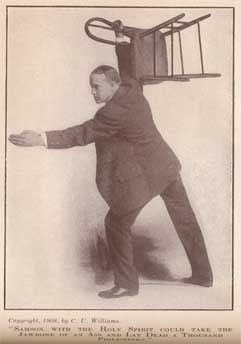 Through the Standards:  Definition of baptism in the Confession

WCF 28:1
“Baptism is a sacrament of the new testament, ordained by Jesus Christ, not only for the solemn admission of the party baptized into the visible Church; but also to be unto  him a sign and seal of the covenant of grace, of his ingrafting into Christ, of regeneration, of remission of sins, and of his giving up unto God, through Jesus Christ, to walk in newness of life. Which sacrament is, by Christ’s own appointment, to be continued in His Church until the end of the world.”