Raising a Leader for the Church 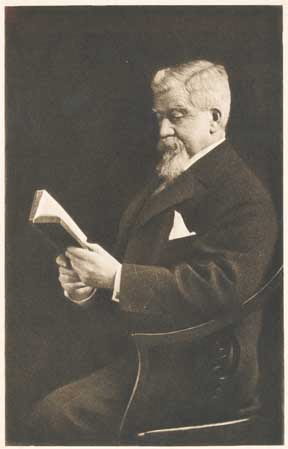 “he entered a home of devout Christian faith, of a high level of culture and social standing, and of a considerable degree of prosperity.  Both parents were persons of strong character and extraordinary intellectual and spiritual endowments, and our understanding of J. Gresham Machen is illumined as we observe how various qualities and interests of his ancestors were blended in generous portions in his own personality. . . the intense affection and loyalty that distinguished the Machen home were to prove one of the most influential and fascinating factors in shaping the course of things to come.” (p. 39, J. Gresham Machen, by Ned Stonehouse, Eerdmans).

Words to Live By:
Certainly God’s sovereign grace can change an individual’s life for the better, but also God’s grace can use the faithful upbringing of a Christian family into even greater outreach of service.  And the latter was evidenced in the home religion of Dr. J. Gresham Machen.  We simply cannot stress too much the vital principles and practices of a godly home on a child’s life and life work. Parents! Labor hard in prayer and perseverance to make your home a godly one, leading by example and exhortation the faith of your children in the things of the Lord.