It was clear that something had to be done.  Princeton College was not being the source any longer for Presbyterian ministers, and for that matter, any ministers.  The school had turned into a secular school for careers, like law, politics, and education.

Of more troublesome however were questions about his lack of Calvinistic distinctives.  It seemed that they were in word only as there were suggestions of an emphasis on free will in man plus scientific suggestions in place of supernatural miracles.  Add to that a student rebellion, the trustees were beginning to have questions on his ability to solve these challenges in the right way.

With 400 vacant pulpits in the Presbyterian Church, the sentiment began to build for a separate theological seminary separate from Princeton College as early as 1800.  By 1805 and 1808, each General Assembly was being besieged with calls for more ministers, on the mission field and in the congregations of the land.  An overture to decide what kind of school was sent to the presbyteries.  While hardly overwhelming for any one choice, by 1811, over $14,000 had been raised for the prospective seminary.  Any professor would have to subscribe to the Westminster Standards, and the Form of Government of Presbyterianism. 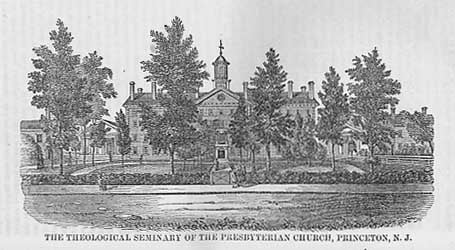 On August 12, 1812, while the nation was already at war against Great Britain, people packed the town’s Presbyterian Church for the inauguration of Dr. Archibald Alexander as the first professor of Princeton Theological Seminary.   He had been chosen by the General Assembly.  He preached his inaugural sermon for the worshipers, including taking his vows regarding the confessional standards and the Presbyterian form of Government.  The seminary had begun, with three students.  It would soon pick up and begin to send out laborers into the fields, which were white unto harvest.

Words to live by:  Every reader of this historical blog should read the fine summary of Dr. David Calhoun’s two-volume work on Princeton Seminary, published by the Banner of Truth Trust in Carlisle, Pennsylvania.  Filled with persons, places, and events from the founding of the school in 1812 to 1929, this school was the pillar of orthodoxy for the Presbyterian Church.  Thereafter, by the testimony of J. Gresham Machen and other stalwarts, it ceased to be a Reformed and confessionally Biblical seminary. When we forget the past, we lose hope for the present and the future.  When we study the past, we learn how to live in the present and the future.  You will not be able to put down the two books. We promise you that! 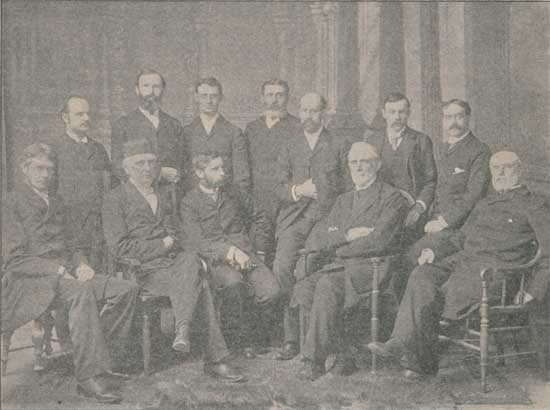