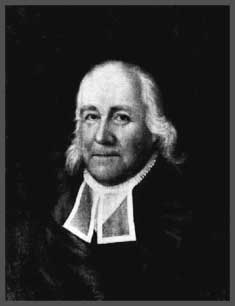 Pastor Henry Cumings [1739-1823] was a Congregationalist pastor in Billerica, Massachusetts for his entire ministry. After graduating from Harvard in 1760, he later was honored with a doctorate by Harvard in 1800. He was an outspoken revolutionary leader who preached against the ‘tyranny’ of Great Britain. He held to much of orthodox Christianity but may have been swayed by Unitarianism later in life. Nothwithstanding, he denounced Deism and the French Revolution.

Cumings began this anniversary sermon by acknowledging that although God permits evil, he also is fully competent to govern, guide, and correct all events. At the same time, he also will bring correction, and it “cannot be doubted, but the infinitely wise GOD knows how to promote his own glory, by those ungoverned lusts of envious, discontented and proud mortals.”

Sounding distinctively Augustinian, Cumings recognizes that we live in a hate-filled world—one which is fallen and characterized by the wrath of man. Despite the pride and violence, he comforted: “We may rest assured, that the supreme governor of the world, will not suffer the wrath of man, of a weak and impotent mortal, (how much soever advanced above his fellow mortals) to overthrow his government, or defeat the counsels of his wisdom; but will cause it to praise him.”

He, then, reviewed instances of sacred history in which God permitted the wrath of man to have temporary sway. Among the examples from biblical history, he mentions Joseph at Potiphar’s hand, Moses and Pharaoh, rulers like Solomon and Rehoboam, and Esther’s deliverance. In these instances, “The haughty tyrant, who endeavours to advance his oppressive schemes, and to set himself up above all law and justice, by severities and cruelties, dictated by wrath, does thereby frequently work out his own disappointment, and is forced eventually to acknowledge his impotence, and to own a power above himself.”

Nevertheless, the wrath of man is not the absolute determinant; it is circumscribed by God’s governance: “SHOULD GOD permit the wrath of man to do all that it designs, what havock and devastation, what mischief and wretchedness, would it spread through the world? This world, at best, is a very turbulent scene; but it would be much more so, did not providence lay restraints upon the lusts and passions of ill-designing men, and prevent their going to such lengths in mischief, as they wish.”

Thankfully, in all human events, the hand of the Supreme Governor restrains the wrath of man from having total sway: “All nature is at the beck of the great Creator, who, when he pleases, can employ any part thereof, to disappoint the devices of the crafty, and carry the counsels of the froward headlong. What we call second causes, are entirely dependent upon the great first cause, to whom they owe all their force and energy.” The various ways that God checks the wrath of man are explored in the middle part of this famous sermon.

The final part of this sermon, as expected, is given to a discussion of the underlying providence that was at work six years earlier in the massacre at Lexington, Massachusetts. Early American preachers (and this is far from unique to America) were quite specific in their application sections, as this exemplar is. Sounding similar to the catechesis of causes for the revolution chronicled in the Declaration of Independence, Cumings cited the following as political abuses:

The pride, avarice and ambition of Great-Britain, gave rise to the present hostile contests. From this source originated those oppressive acts, which first alarmed the freemen of America; and provoked them, after petitioning in vain for redress, to form plans of opposition and resistance. This conduct of America exasperated the British administration, and roused all their wrath Transported with angry resentments, they proceeded from oppression to open war, in order to frighten and compel us into a submission to those arbitrary and despotic schemes, which they were determined, at all hazards, to carry into execution. But those vindictive and sanguinary counsels and measures, which, in the vehemence of their passions, they adopted, for this purpose, have, by the providence of GOD, contrary to their expectations, involved them in the most perplexing difficulties, by uniting thirteen provinces of America, in that declaration of independence, which they now wish us to rescind.

Applying an OT precedent from Rehoboam, Cumings believed that “The cause was from the Lord.” Even the tyranny of Great Britain was categorized as tyranny, which would justify overthrow. Evil intents, political abuse, tyranny in general or the British oppression in particular did not suggest that God was off the throne. As the hymn puts it, “And though the wrong seems oft so strong, God is the ruler yet.” Pastor Cumings preached, “We have therefore abundant reason to be thankful to the sovereign Ruler of the world, not only that he hath hitherto protected us against the open violence of our avowed foes; but also that he hath guarded us against the treacheries and treasonable conspiracies, of false and disaffected persons, whom we have harboured in our own bosoms; and defeated those hidden and mischievous artifices, which they have used to work our destruction.”

Specifically, the wrath of England, signaled by the April 19, 1775 attack at Lexington “has contributed to bring about and establish our independency.” He exhorted: “And the wrath, which she has thus roused in America, has been wisely managed by Providence, for checking and restraining her rage and vengeance.” Cumings drew these applications:

BUT whatever we may think of the ends of Providence, in ordering such a diversity of tempers among men, this is certain, that GOD will so manage the most disorderly, turbulent and boisterous passions, as to make them promotive of the designs of his government, or lay such restraints upon them, that instead of frustrating, they shall really subserve the purposes of his wisdom. Of this we have had the clearest evidence, in a variety of instances in the course of the present war; which affords substantial ground for a rational hope and trust in GOD, for the future.

Cumings also looks to the future, hoping for an end of the war and full independence for America. Agreeing with Solomon that “righteousness exalteth a nation, [which] asserts no more, than what the experience of all ages has found to be true,” Cumings concludes by citing Job 15:31ff and provides a brief exhortation to the local army.

The memory of those, who have magnanimously jeoparded their lives, and shed their blood in their country’s cause, will ever be dear to us. We particularly retain an honorable remembrance of those, who first fell a sacrifice to British wrath; and feel emotions of sympathy towards their surviving relatives, who cannot but be sensibly affected on this occasion. We would also join with you, in grateful acknowledgments to GOD, who mercifully checked the wrath of our enemies in its first eruptions, and caused it to recoil back on their own heads. We doubt not, but from the warmth of honest resentment; from a love of liberty and of your country, you will persevere to oppose and resist those insolent and haughty enemies, of whose wanton cruelty, you have had too melancholy a specimen, to permit you to expect much mercy at their hands, should they gain their point.

WHILE therefore, you are engaged with a laudable zeal in the cause of civil liberty, you will permit me to remind you, that there is another kind of liberty of an higher and nobler nature, which it is of infinite importance to every one to be possessed of; I mean that glorious internal liberty, which consists in a freedom from the dominion of sin, and in the habit and practice of all the virtues of a good life. This is that noble and exalted liberty of the sons of God, of which our saviour speaks, when he says, If the son of God shall make you free, then shall ye be free indeed. And this, once gained, will inspire you with the greatest magnanimity and fortitude, in the cause of outward liberty. For the righteous are bold as a lion.

The word count of this stirring sermon was ca. 8500. It is available in Ellis Sandoz, Political Sermons of the American Founding Era (Indianapolis: Liberty Fund, 1998) and at  http://quod.lib.umich.edu/e/evans/N13562.0001.001?rgn=main;view=fulltext.