17 June, 2016 in Uncategorized by davidtmyers | No comments 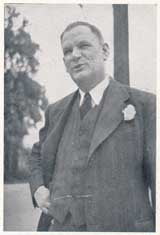 Words to Live By:
In most cases in those years, the faithful people of God, along with their pastors, had to “let goods and kindred go” as they lost their church properties.  While there were memories associated with those buildings, there were far greater memories associated with their allegiance to the Word of God.  Let us follow their example always.