We have written previously in years past about the Rev. Dr. Robert Dick Wilson, but this account by the Rev. Earl Leroy Brown brings to the fore an important aspect of Wilson’s life and ministry, one which needs to be underscored. As Rev. Brown states, “his greatest achievement was his last.” :

The Power of a Noble Example
by Rev. Earl Leroy Brown, STM, D.D.
[an excerpt from his 2007 Address to the Evangelical Theological Society, titled “Where Cross the Crowded Way: Christian Statesman and Scholar, Rev. Allan Alexander MacRae, Ph.D.”] 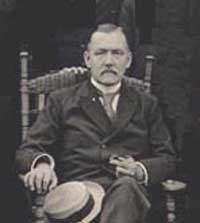 On Saturday, October 11, 1930, the Rev. Robert Dick Wilson, Ph.D., D.D., LL.D., Professor of Semitic Philology and Old Testament Criticism in Westminster Theological Seminary, entered into his heavenly reward. Dr. Wilson was a notable scholar. Where others were content to take the results of philological investigation at second hand, he had recourse to the sources. His linguistic attainments were broad and deep. He was at home not only in Hebrew and Aramaic, and of course in Latin, Greek and modern languages, but also in Babylonian, Arabic, Syriac, and other tongues. His knowledge of the Old Testament was profound.

He devoted all of this vast learning to the defense of Holy Scripture. He believed with all his mind and heart that the Bible is true, and he supported his belief with a wealth of scientific material, which even his opponents could not neglect. Only a short time before his death he was engaged in an answer to a notable monograph, published at Oxford, which had recently devoted itself to a consideration of his views.

He was greatly beloved as a teacher and as a friend. With the simplicity of a true scholar, he was always ready to cast reserve aside and receive his students into his heart. He called them his “boys”, and they responded with affection as well as with respect.

But great as were Dr. Wilson’s achievements throughout a long and fruitful life, his greatest achievement was his last. It was the achievement by which, putting selfish considerations and unworthy compromise of principle aside, he left his home at Princeton and entered the Faculty of a new institution devoted unreservedly to the Word of God.

Many arguments might have been adduced to lead Dr. Wilson to remain at Princeton Seminary after the reorganization of that institution in 1929. He was at that time in his seventy-fourth year. An honorable and advantageous retirement awaited him whenever he desired. He had a good salary and a comfortable home. He had the friends that he had made at Princeton during a residence there of nearly thirty years. Might he not retain these advantages without being unfaithful to the cause to which he had devoted his life? Would not the new Board of Princeton Seminary keep in the background, for a time at least, the real character of the revolution that had been wrought? Would not the doctrinal change be gradual only, as at so many other institutions, formerly evangelical, which have conformed to the drift of the times? Could he not, meanwhile, serve God by teaching the truth in his own class-room, no matter what the rest of the institution did? Could he not round out his life in peace? Could he not leave to younger men the battle for the Faith?

Those considerations and many like them were no doubt presented to Dr. Wilson in very persuasive form. But he would have none of them. His Christian conscience, trained by a lifetime of devotion to God’s Word, cut through such arguments with the keenness of a Damascus blade. He penetrated to the real essence of the question. He saw that for him to remain at Princeton would be to commend as trustworthy what he knew to be untrustworthy, that it would be to lead Christ’s little ones astray. He knew that a man cannot have God’s richest blessing, even in teaching the truth, when the opportunity to teach the truth is gained by compromise of principle. He saw clearly that it was not a time for him to think of his own ease or comfort, but to bear testimony to the Saviour who had bought him with His own precious blood. 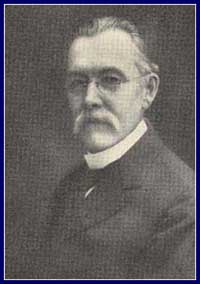 He did bear that testimony. He left his home at Princeton, and all the emoluments and honors that awaited him there. He cast in his lot with a new institution that had not a dollar of endowment and was dependent for the support of its professors upon nothing but faith in God.

Dr. Wilson was supremely happy in that decision. He never regretted it for a moment. He entered joyfully into the life of the new seminary, and God richly blessed him there. Then, having rounded out more than the allotted period of three-score years and ten, a Christian soldier without tarnish of compromise upon his shield, he entered into the joy of his Lord.

His example is a precious possession for those whom he has left behind. He is, indeed, no longer with us in bodily presence. His great learning is with us only in his writings and in the knowledge of the Bible that he has imparted to his host of students throughout the world. But the power of his example will not be lost. Westminster Seminary, by God’s grace, will ever be true to the Lord Jesus, as this beloved teacher was true. Trustees, Faculty and students will be moved always to sacrifice themselves for an institution to which Dr. Wilson gave so much.

His example will touch also the hearts of those throughout the Church who love the gospel that he loved, and who know that that gospel cannot well be preached unless there be a school of the prophets to train men to preach it in all its purity and all its power. The Seminary that was so dear to Dr. Wilson’s heart, and in whose founding he had so large a share, will not, we think, be allowed to call now in vain; but gifts will pour in from those who, like Dr. Wilson, have hearts full of gratitude to Him who loved us and gave Himself for us.