That is the word which comes to this author when he thinks of the testimony of Salem Presbyterian Church in Fairfield County, South Carolina. This church celebrated its two hundredth anniversary back on this day October 21, 2012, and continues to count forward its biblical witness each additional year. As such, it stands as the 30th oldest church in the Presbyterian Church in America denomination.

The characteristic of faithfulness describes God’s faithfulness and His people’s faithfulness in both beginning and maintaining this Bible-believing congregation. Certainly He was the One who brought “Covenanters” of Scots-Irish descent from Scotland through Ulster to the new world at that time. All of them were of the Presbyterian or Reformed faith and by that faith traveled the dangerous way across the Atlantic Ocean in wind-driven vessels. They settled down in rude cabins, but didn’t forget the Reformed faith which undergirded their very existence as a people. Ministered to by circuit-riding preachers in the early days of its testimony, it was officially instituted a church by Congaree Presbytery in 1812. 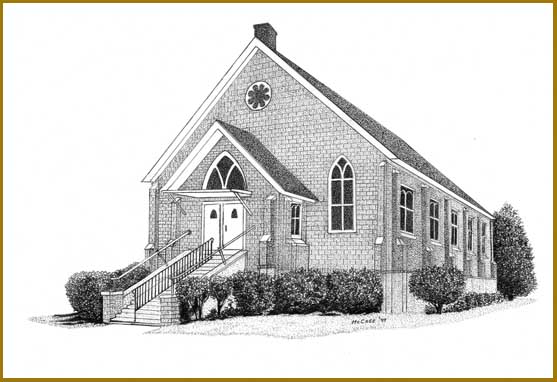 The site for the church buildings and church cemetery was again ascribed to divine faithfulness as the great God and Savior moved in the hearts of one of its families named Means. As early as 1826, this family granted five acres of land to the people of God. And again, it was not a money transaction even as this church family simply desired to give the land on occasion of the love they had for this congregation. You don’t hear of such self-sacrifice much in our day, but it was found in that day.

There have been three buildings in the long history of the congregation built, added to, destroyed by fire, and rebuilt to the glory of God. On one occasion, like their Covenantal forefathers, they worshiped outside and beside their burnt building under the massive White Oak trees which still are found today on the property.

In 1973, in faithfulness to the Scriptures, the Reformed faith, and the Great Commission, they became charter members of the Presbyterian Church in America.

Words to Live By:
The Apostle Paul in 2 Timothy 2:2 writes, “And the things that thou hast heard of me among many witnesses, the same commit thou to faithful men, who shall be able to teach others also.” (KJV) There are four generations mentioned in this one text: Paul, Timothy, faithful men, and others. This is the Scriptural formula for the continuance of a faithful church. It obviously was the testimony of Salem Presbyterian Church in years gone by, as well in its present ministry. May all of our readers undergird in prayer the current pastor/teacher the Rev. Richard Hodges, its present and future ruling elders and deacons, and its faithful members to always stand for the faith which has been delivered unto the saints.