For the Word of God and the Testimony of Jesus Christ
by Rev. David T. Myers 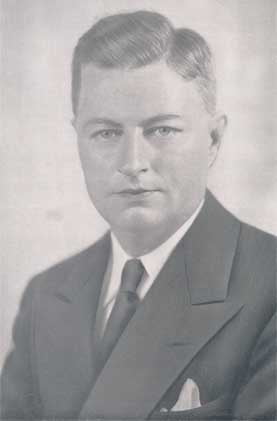 Seeing his conservative leaning in regard to the great issues of the gospel, J. Gresham Machen invited him to join the board of the fledgling Independent Board for Presbyterian Foreign Missions, which McIntire did in 1934.  That same year, the General Assembly of the denomination met and issued a directive or mandate to all ministers, churches, and presbyteries of the church.  In essence this mandate said that anyone who was affiliated with this independent agency had ninety days to desist from participation in or support of the agency, or face the consequences of discipline by their respective presbyteries.

Carl McIntire was charged with six counts of error by his Presbytery, but found guilty on only three of those charges.  These three were:  1. defiance of the government and discipline of the denomination, 2. unfaithful in maintaining the peace of the church, and 3. violation of his ordination vows.   He was convicted of sin and suspended from the ministry.  McIntire’s case was appealed to the PCUSA General Assembly of 1936, and that Assembly sustained the action of the Presbytery of West Jersey.

On March 27, 1938, after the Sunday evening service, the congregation stood on the front lawn of the church and sang two hymns of the faith. The first was “Faith of Our Fathers,” followed by “Savior Like a Shepherd Lead Us.”  And with that, they left the church, giving up the property, the memories, and all their associations with their former denomination. The very next Sunday, the newly formed Bible Presbyterian Church of Collingswood, New Jersey, met in a huge tent.  Present were 1200 people, with eighty-one new members joining the new church at that first Sunday’s worship.

Words to Live By:   From the hymn by Harry W. Veatch, “Looking unto Jesus,”  Copyright, 1939, by the Bible Presbyterian Church, Collingswood, New Jersey :

Verse 2 states. “Look away from things that perish. Earthly treasures all are vain.  Cast your burden on the Saviour,  He who bore you sin and shame.  He is loving, He’s forgiving. Seeks His children when they stray;  Take your eyes off things that perish, Look to Him and trust and pray.”

Verse 3 closes out the thoughts, “Look away from things that perish, Trust in God, He will provide.  All you need in Earth and Heaven,  If you in His love abide.  He is reigning He is ruling, He’s the Victor in the fray.  Take your eyes off things that perish, Look to Him and watch and pray.”